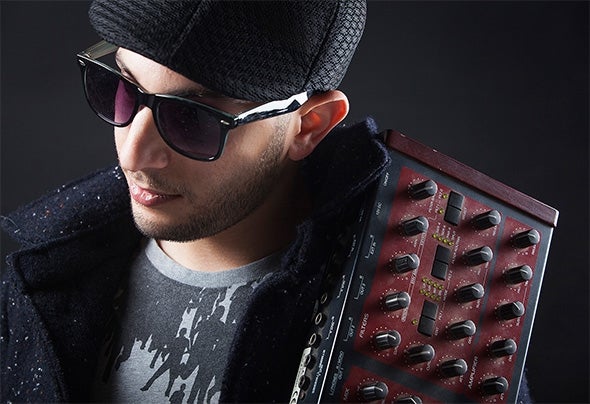 Born in the hot Sicily, since child, Jonzz showed strong musical dowries, he began studying piano at seven years old for a few month, he learned music theory and began to experiment with melodies and chords played by ear.After some years start 'to study jazz guitar.In the meantime, at the age of ten years old, he met his first sequencer, with which he entered the world of the loop and the groove.At the age of fifteen began to use professional programs such as Nuendo, Cubase Reason and used that along with several analog synthesizers and drum machines and guitars allowed him to experiment with new musical sounds by a melting-pot of electronic music and jazz samples. The same year, he began working as a DJ in the local center of Catania.His first beatport release, with a remix for D.Glaser with the track "think acid" for "hello shitty rec." Italian label through which it is cited as the best remixers EP on national magazine "DJmag" edition of 1 June 2010.After a stop period, in the August 2013 started again releasing music with the EP "Soul Full Immersion" charted by Steve Bug in "the best and the beauty" on beatport