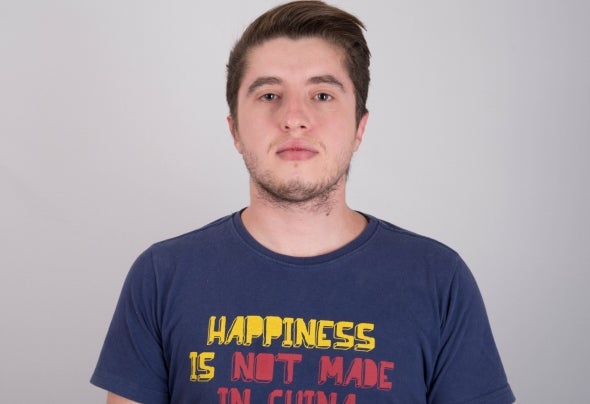 A young lover of music and vinyl, Caio has a very complete musical background, his father always encouraged him to show you the music bands like AC / DC, Led Zeppelin, Rolling Stones, The Police. But like everything in life isn't certain, PRODIGY appears in the life of Caio and with all this desire to be a rock star desapear and automatically his passion for the electronic music is evident. Playing jungle music vinyls like: Roni Size, Shy FX, Goldie, Ed Rush & Optical, in the beginning were only sessions at friends home learners through the method of observation, taking advantage of the techniques developed among his friends like stratchs and back 2 backs. At 15 he bought his first vinyl, this time with more skill on the turntables and other influences such as House and Techno, Caio began playing in small parties of friends and chill outs in your city. Had its entry in fact in the electronic scene with monthly residency with the "Pop Justice" at the Club Level in Uberlandia - Minas Gerais In 2009 Caio had his name out after attending the V / A label of the renomed Labe l"Italo Business" with the track "Bones", released your music too on labels such as: Elevado, Toca Recordings and Drag n Drop. Your work has a very unique personality of their most preferred styles, House and Techno, fully involving the dancefloor with groovy basslines and crafted and infectious percurssions. His music is played in large weigh clubs in Sao Paulo as D-Edge, Clash Club, Manga Rosa, Hotel, A Loca, Tostex, Vegas ... ________