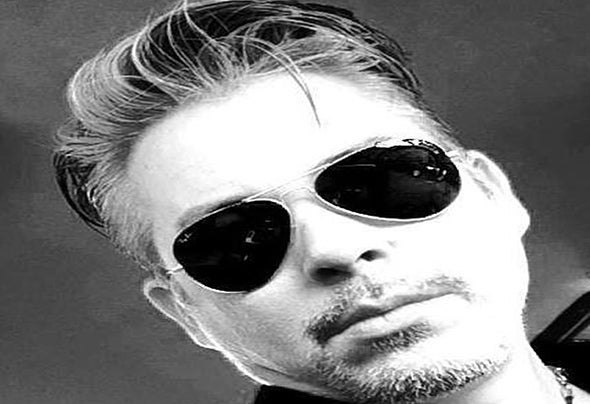 Born in Venezuela with a North American father , has been influenced primarily by the sounds of classic rock, disco, new wave, techno, and Chicago house music. Begins to play music for friends and family at house parties only for the love of music. Begins his DJ career in Miami , Florida spinning at private events, local clubs including a weekly residency at the live web show from groovewaves , finally before moving to Dominican Republic played at an event which opened for Danny Howells at The Pawn Shop for Your World Music during the 2007 WMC. During his stay in Dominican Republic he played in the best venues and clubs in the country: Praia ,LED , ZIN , Retro , Mitre , Pure , Jaragua ,Guacara Taina, Tangerine, Pravda , Zuo, Lupe , Marocha , Hard Rock Cafe,Fuse, Mamajuana, Bianco Urban Oasis. In Santiago: Cafe Ibiza , Rojjo , Vitra , Camus.Las Terrenas: GAIA. Has also participated in numerous private events around the country. Judge for one round at the Viva Tu DJ Competition in Dock Lounge. Performed with R.I.O. in 2009 at the Gran Salon in the Renaissance Jaragua Hotel. Became the resident DJ at Webster Hall Punta Cana after winning the Battle of the DJs competition , at the grand opening of the club , shares the booth with Serge Devant and Ray Roc. Was the resident DJ at MINT Santo Domingo for almost four years, also at The London Box Santo Domingo. Was until early 2014 the resident DJ at FACES one of the most successful clubs in Santo Domingo. Openened and closed for Sultan together with Joseph Under at the Ballenas Music Fest 2011 in Samana Dominican Republic. Shared the stage with M.A.N.D.Y. , Haus Klaus, Ilgin , Hugo Bianco , Sultan and Ned Sheppard , Taro and Luk Follin at the LoveLand Fest in Bavaro, Dominican Republic. Opened and closed for Steve Lawler at The Cave in Santo Domingo , Dominican Republic December 30th 2011. He mixes different kinds of Deep Tech , Deep House , House , Techno and Progressive House. Currently working on original productions which have been released by the labels System Odio, System, OMG and Warrior Recordings. Upon returning to Miami on 2014 Has performed at The Pelican and Casa Grande Hotels in South Beach, TSL and Cafeina in Wynwood.