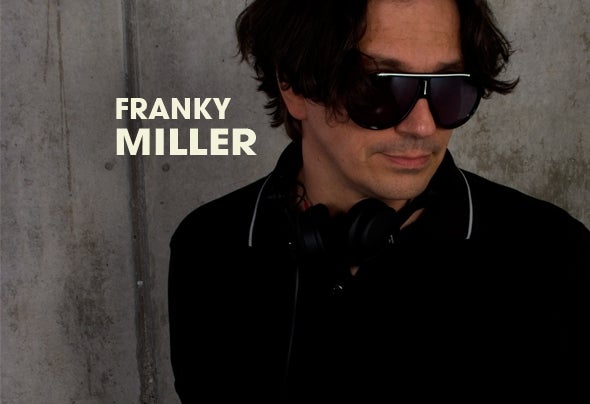 As a pioneer of European club music Franky Miller is a producer and DJ legend with the finger on the pulse of time. He has seen the club culture not only from the beginning, but also actively designed and developed. Already in the early 90s, culminating the beginning of his career as a music producer and DJ in no time at major labels in publications such as Sony Music, BMG Music, or engine and made him one of Germany's most successful dance music producers on an international level. He collaborated with many renowned artists, produced a series of major chart hits and sticks also, in addition to his dance productions, as the anonymous mastermind behind several very successful pop songs. Franky allowed several top ten hits, several million records sold worldwide, and recorded several gold records to his profit and loss account. He also runs his own record label Swoop Records.