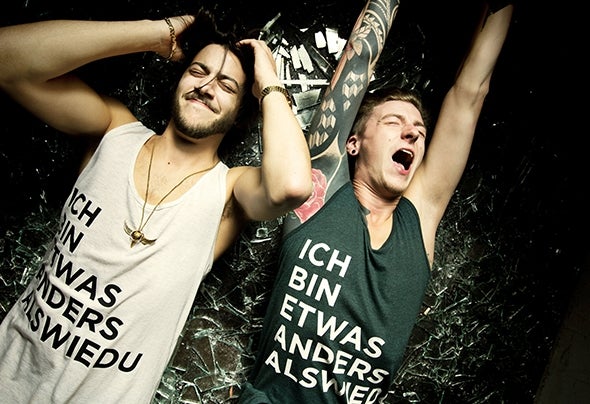 Popular German and Italian DJs, Björn Grimm and Fabio Omero, have brought their different flavour and styles together to create a fresh and exciting sound for fans of electronic music to sink their teeth into. Both DJs have a strong following. Fabio is a member of the DJ duo “The Criime” (Belgium/Luxembourg) and has played internationally quite extensively in the last five years from clubs like “Social Club” in Paris to festivals such as “Les Ardentes Festival" in Liege, Belgium or “Nuits Sonores” in Lyon, France. Björn’s time has been spent winning over fans in cologne's club scene at a rapid pace and landing a resident DJ position at Boothaus, one of the most popular dance clubs in Cologne. Breaking through like that in less than two years in a city like Cologne with such a thriving scene is quite extraordinary. Somehow, these two artists found each other in late 2012. The creative chemistry clicked right away and their new project, “etwas anders”, was born. The pair approached the project by embracing their differences. They brought their individual tastes and influences together, mixed them and then put them back together, creating their own tracks which capture both, their individual styles and their collaborative creativity. *** It did not take long for “etwas anders” to get its legs. In almost no time, producer and president of the LIKE label, David Hasert, took this duo under his wing and now their first release on LIKE Records is just around the corner which will be followed by performances with world-class DJs like AKA AKA, Koelsch, Oliver Koletzki, Sascha Braemer, and more. In case you are wondering what category of music you can place this project into, well, you can’t. From Down-Tempo, Deep House, and Melodic to Techno and Acid, you never know what these two artists are going to create. If you translate “etwas anders” into English, it literally means “Something Different”, and that is exactly what you can expect from Björn and Fabio. No borders, no limits and always….”etwas anders”.