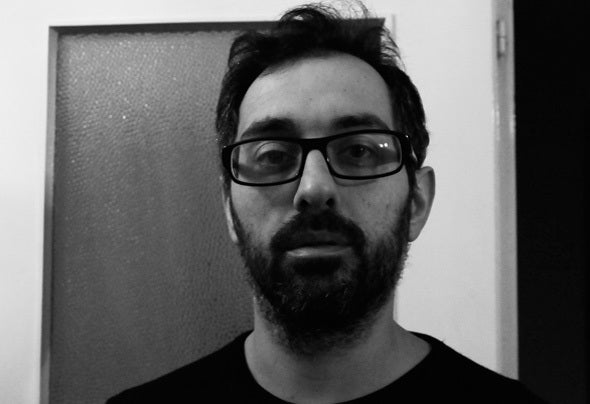 The year was 1998, when Italian born Gianpiero Fiorin bought his first set of decks and became Phiorio. His diverse musical preferences spanned everything from rock to electronica; this diverse background forming the foundation of his musical knowledge and understanding. Moving to London, he was inspired by the likes of Richie Hawtin and Jeff Mills who displayed the kind of technical prowess behind the decks that he had never witnessed in his home country of Italy and which provided the inspiration to develop his own skills as a disc jockey. The thriving London Free Party provided the perfect playing field to put these newly honed skills into practice. This exciting period brought about collaborations with various UK based sound systems which enabled Phiorio to get his first gigs at raves and clubs around the UK and Europe. The sound of his dj sets has developed massively since the early days of tougher techno, with Phiorio getting more and more into slower, darker and more minimal sounds. In addition to playing at numerous London parties, the last two years has found him co-running two labels, Metroline LImited and Retrometro, labels aimed to be a vehicle established ad well asup and coming artists to release quality electronic music.Since he started producing his own music Phiorio has had releases on Metroline Limited, Retrometro, Leftroom Limited, Tree Hand Music and Mutate To Survive.