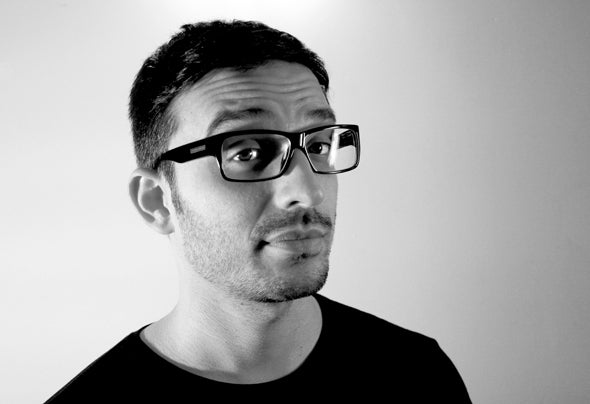 Andrea Sant oro is born in 1983 in Lecce. His nat ural bent for music starts in 1996 when he discovers the various flavours of club music. He feels attraction for the nightlife and so he starts playing as a DJ in several parties in clubs of his town. In the following years he approaches to the production of music releasing dancefloor addicted tracks. In 2007 starts the label “Recycle Records” with Guido Nemola and Luigi Scrimitore; after spending several years producing in studio and playing in clubs, Santorini releases on many important record labels like Upon You, Little Helpers, Alphahouse, Luna Records, Glueckskind, King Street. He played around Europe and USA during these years; during his performances he can play as DJ mixing with vinyls, Traktor Scratch or as Live Act proposing his own product ions wit h Ablet on Live.