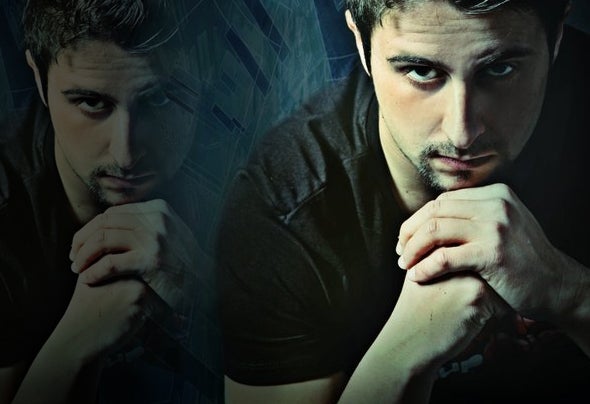 Olcina Freix born in Beniarbeig (small village in the province of Alicante) is a Spanish DJ and producer who began developing his work as DJ between books and studies. As I was growing opted for the House and Techhouse, although by necessity had to mold the live sessions to a more commercial. Gradually he began to implement his musical style at the club where at that time resided. People are not just going to drink or meet people, also attended to hear a different musical style that was offered in all other sites. This gave him strength and determination to spread the music style. Along with other two friends founded a group with which they wanted to get to reach a select public and grateful, and make themselves known. In good times, it was, came to show their skills in renowned clubs such as Apache, She (Old Heaven), and even the legendary Bananas Puzzle. It also included a major musical event in the city of Gandia by the promoter group "Matinée", which acted alongside large nationally known DJ's (Juanjo Martin, Dj Nano, Jose Diaz, among others ...). Participate and stay between 3 finalists (2nd place) in the contest of "Ibiza White Experience", but for personal reasons it was impossible to go to the finals, which he scored a lot at that time But as always in life, not everything goes well, so I get time of recession. This had to focus on his studies and went to work as a programmer in a multinational, so it was very difficult to specify dates for live sessions. From that time he devoted himself to music production with songs like "Noir FM", "Funky Beat", various remixes for Albert Oscar GS Ballart and "Let's Get Over" or Oscar GS solo "I Want Believe". Well as a few Bootlegs and Mashups to surprise the public in live sets or failing quarterly sessions for your people to continue listening but can not provide direct.