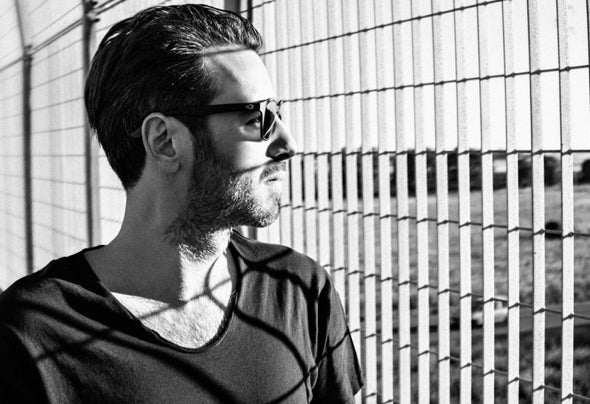 Giovanni Limongelli, also known as LIMO, is a veteran of Italian underground scene active since late Nineties in between Italy and Europe. Since his youth, he has been moved from various facets of electronic, ambient and techno music. He absorbed its pureness, discovering and facing the club experience, inciting himself to expand his studio and record collection, spontaneously becoming one of the main flags representing his nation within the electronic music branch.Initially he begins djing along Italy coast together with Sandro Russo and Kriss, estabilishing Undercut project, while at a later stage he went back to his motherland Brindisi. Limo is a solid performer with high familiarity in playing vinyls and using analog gears: his productions, dj sets and live performances transmit passion and attention to the user physical and sonorus engagement. Limo’s artistic attitude, translate into insistent grooves and caressing textures and led him to collaborate with relevant figures of the scene like Mike Dehnert, Alan Fitzpatrick, Patrick Skoog, Arnaud Le Texier, and also proposing his sound in cities like London, Berlin, Paris, Copenaghen, Amsterdam, Barcellona and many more.The main project we can identify Limo with is the event series and electronic music label Transition LAB, started in 2008 when Apulia, Limo’s region, didn’t experience such underground nights yet: the project layed the foundations with the intent of being the main pole for house and techno culture, conveyed in parties and a vinyl label. Blawan, The Analogue Cops, Deadbeat, Agaric, Markus Suckut, Roman Lindau, Truncate, Inland and other excellent producers could collaborate with Transition LAB, nowadays a certainty in terms of music quality and event atmosphere. Apart from Transition LAB, Limo main musical activities include a new label ‘Coffee Pot’ founded in 2013 together with Guido Nemola plus performing constantly within Fachwerk Records european showcases, which features dates around Europe.