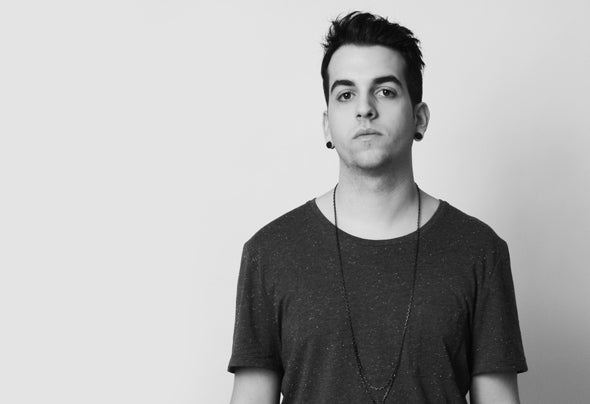 Foetus dipped in amniotic musical balloon, stands to reason that Jan Hendez was interested early by world of tone. But he exchanged the guitar and drum of childhood for computer in 2005, favorite tools of modern musicians. After being published on Tsugi's French modern music magazine on January 2008, Jan Hendez played a loopy minimal music with loud bass line, net percussions et other weird noises, since he performed effortlessly a considerable musical development.He collaborates with many European music labels such as Multivitamins, Smallroom Music, Fach, Swap, Resopal Schallware or MicroFreak, Spanish label supported by important actors of this music field. So the year 2011 highlights the launch of his label UNPLEASED Records and the evolution of his electronic distinctive prose to the Deep House roots. He realized ‘SERIOUSLY’, an EP affected by meticulousness and open-mindedness, Jan Hendez plays with the plurality of textures who he spreads through each piece progressively, and on which they extend, disapear, slow down or turn into an unexpected and complex narrative. Playing on rhythmic and sound color varieties, this opus is marked by house musical influences with the groove is one call to hedonism. He appears also as a remixer on ‘Slow Down’ EP from Greg Delon along with The Hacker, then outs on UNPLEASED Records ‘Conversation’ on March 2012, this track is an acousmatic wave whose fluctuating and obsessing bass line gives a sound narration we dip into a shivering effulgence. By the quality of his productions he is strongly supported by David Squillace, Maceo Plex, Laurent Garnier, Someone Else, Patrick Bateman, Clockwork or Todd Burns from Resident Advisor.His path is marked by an evolution both technically and musically, from 2010 he performs at A-Nimé Festival with prestigious artists such as Sascha Funke, Martin Buttrich, Matthew Dear and Radioslave. He spreads his Dj sets around the France in warm up of artists from Cocoon team and Cécille, in the clubs like Chez Moune, a Parisian post-modern cabaret which passed Scratch Massive, Arnaud Rebotini and opens its doors at emerging artists having som great influences. Beyond the technical aspect, he proposes in his DJ sets a personal concept, and suggests an hearing call in which the listener is invited to immerse himself. JanArtist NameBeatport URLWebsiteArtist Bio Hendez is a minimalist, with fineness and fluidity, adding a sonorous texture or rhythmic element bring a new energy mix.The year 2012 will be punctuated some surprises .... We’ll leave it to you to discover .