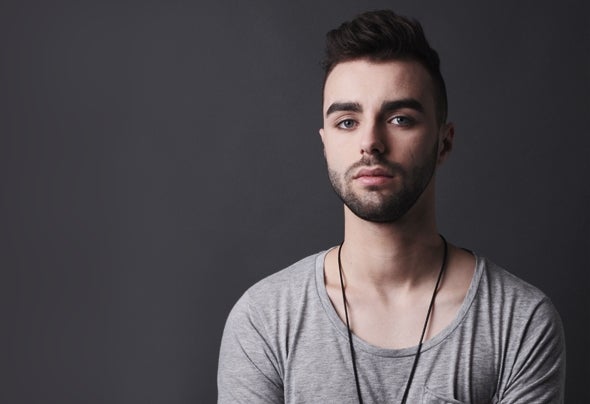 If you are looking for a meaning to the name, there is none, just a word came knocking at the doors of his mind.EDA begins to pay attention to digital music in 2005, when the minimal techno wave from Germany a few years earlier is at its peak in France. He experimentes with turntables, and works to achieve his own productions. In 2008 this young musician distills some personal productions intermixed with minimalist and atypical elements that seduce the labels Piso, Radioactiva, Genesa, and Smallroom music. As shaman, Eda instils into his music some sound conjurings where the rhythms wander, kink or break at counter tempo, from a light tone to a deeper and abyssal sound. Each of his digital compositions offer at the listener a visual and sensory travel by cinematographic emotions that its feel.Full of creative ambition and boiling, the year 2010 scores a radical change, from a goring minimal techno to a refined house. Eda goes on experiment and evolve, his latest Have a ‘Lucky Life’ and ‘Run it Up’ EP realised on EarlyDub are the proof. The year 2012 will be the discovery. He realises ‘YOU’RE KIDDING ME on UNPLEASED Records, and offers to you an exalting Deep House and stuffed of influences from the music of black Americans. The first track of this ‘LOVE WORN’ charted and playlisted by Loco Dice, Robert Dietz or Matthias Tanzmann, ‘Love Worn’ was listened by all music lovers at some deemed festivals and parties across the European area. The hearing emulation is such that the title reaches 12 000 views on YouTube. Creative soul, EDA proposes ‘Amy from my house’ on the Various Artists EP named Wrong Box outs on March 2012 on his UNPLEASED Records label, and he will also deliver his next EP ‘GET BUSY BOYS’ on May. So he confirms his avant-garde prose, his degree of intelligence to a modern, chic, desinhibiting, and relaxed House Music.His actuality is marked by his warm up during the passage of Nick Curly in Montpellier for his world tour. He is also on the artistic platform at the parties uniting Unpleased and RTB crew, known for the quality of their programming with Lee Curtis, Konrad Black, Maya Jane Coles in mythic places whose Social Club at Paris city. EDA is influenced by Seth Troxler, Audiofly, Loco Dice, Davide Squillace, Maetrik, Butch, Damian Lazarus, ... And even more.