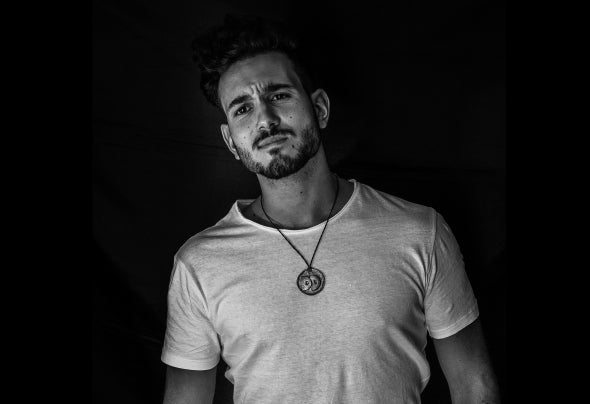 His experience of DJ start when he was only 12. He started to play music with his friend that learnt him to play with Vinyls. After a lot of works in many clubs, party and some discos he decided to begin his studies at Italian university of sound engineer where he studied also harmony and foundation of composition.During his studies worked like ghost produce for many international artists and after he decided to create two project like producer : “ DeDka “ and "DD Jump”.His catchphrase is: “I'm happy only if others are happy too”.It does not matter whether it is house music, electronic music, dance or speriemental, it does not matter, all the music is beautiful, the important thing that makes you go through a mood.The hours spent in the studio lead Davide to develop different types of songs, his discography is very wide. Fascinated and inspired by Afro culture and jazz, which he deepened during his studies, in his songs there is always an afro / swing face.He start his story in 2017 and decide to sign with two independent label , Lupararecords Worldwide Music distribution & Dolphin Sound Recordings. During his career he signed with other label like Media Records, Taurine records, KeepTV (withverdad that was released on “m2o”), Puchero Records (the techno face of DD Jump) and Irma Dancefloor (the stylish musical face).