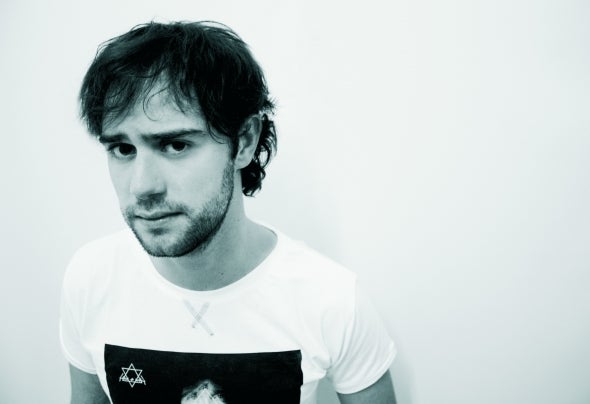 He was born in Italy. His career was born in Globox Records, in collaboration with Sasha Carassi . Francesco Grant and Sasha Carassi have collaborated to releases with some great arstis like Mark Broom and Francisco Allendes.Francesco soon meets Thomas P. Heckmann.In March of 2012 Francesco has already released 4 AFU LAB.Francesco loves to work with Thomas. He sees in him the great originality of thought and freedom concept music.Francesco decides to give birth to Toolman, his own invention to create music with minimal sounds. The success is Shortly , "GOLD BUNNY" remains 1# for 6 months int he Beat port minimal chart . "Gold Bunny" was nominated for "Beatport Music Awards" Best Minimal Track 2010. Enter in important charts, Riva Starr, Tim Xavier, Pig Dan ,Rino Cerrone, and many others. Resopal Schallware with "Ichar Wings" in 2010, a great release. Then with Mihalis Safras on Trapez Ltd comes with "materialistic.Francesco in June 2012 makes its debut on Terminal M, Monika Kruse's label ,in the collaboration with Minicoolboyz. Now he is supported by :Richie Hawtin , Paco Osuna, Alexi Delano,Riva St arr and many more! Francesco still has many surprises for us :).