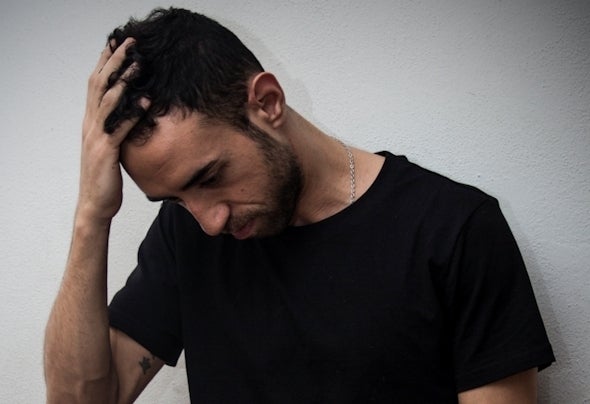 Experiment, discover, develop... this is Luca Bear!He was born in Pisa in 1985.As a child begins to listen to old cassette tapes that led him to discover electronic sounds of the 90's falls in love with so much to be done to give from his father his first turntables and a mixer at the age of 14 years.The passion spreads and in 2005 he became resident dj at Reflex Club in Pisa, where he had the opportunity to perform alongside the biggest international artists and take part in important events such as the official parties of Cocoon and M-nus.A little later he became one of the reference dj of Tuscany performing regularly in the best clubs such as Tenax (Florence) and the Kama Kama (Lucca).Meantime, he began to devote himself to the production and, in his studio, he became familiar with sequencers and hardwares engaging himself day and night in experimenting with new sounds but keeping the spirit of “raw” which he had fallen in love.2009 is the year to start ufficially his recording careerthanks to EP and remixes on best European labels:After the success of Love U on Break New Soil (where he prints other 4 vinyls) follow each other important releases on Viva Music , Robsoul, Bla Bla, Noir, Saw. His works are supported by the biggest artists of the world and in a short time, his energetic and full of grooves sound, with shades of house and techno, led him to perform around Italy and Europe: from Cocorico of Riccione, to the Movement festival in Turin, from Sankeys of Manchester and Ibiza to Reverse of Madrid, from Sonar Off in Barcelona, to Ade Festival in Amsterdam, to cross the threshold of the old continent landing in cities such as Tokyo, Miami, Montreal and Bogota.In 2011 he joined the Family Affairs agency with artists like Gregor Tresher, Karotte.In 2013, Luca decides to create his own label, Dirty Session with releases in both vinyl and digital formats, where he can gives full rein to his creativity personally taking care from the artworks to every sonic detail.