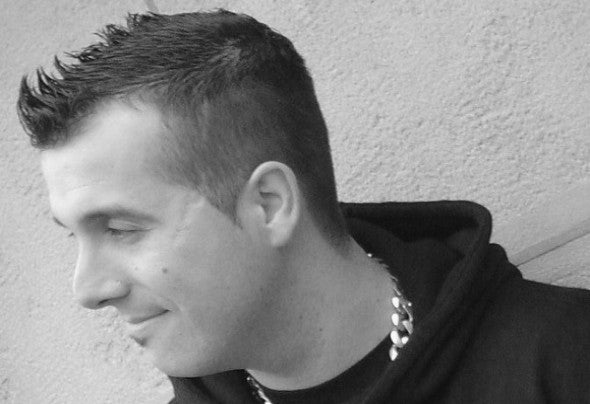 Dj producer based in Valladolid from San Sebastian though. In 2004 win the famous DJS COMPETITION of TXITXARRO, from over 100 participants.This event gave a big boost to his career as a DJ and has made it possible has shared booth with recognized international djs such as John Acquaviva, Marco Bailey, Marco Carola, Christian Smith, Cristian Varela, Paco Osuna, .... This dj has participated in major festivals and covering the majority of the rooms of the north and TXITXARRO, ITZELA, PLAY... ..His most recent release "Hard Revolution" published by "Hall of Fame Recods" came up to the top 2 recommended disc beatport.As a producer has edited works by different labels, HALL OF FAME recs, BLUM recs, THE HOUSE OF GOLD recs, EYE records, WHITE ISLAND recs, ...In his musical style, innovation is your cover letter and all good music has a place, its adaptability to different environments makes this cover from the best dj and rhythmic Deep- House through the House elegant but enjoy doing the public with the groove and Tech-House basslines more forceful.Currently immersed in a large and innovative project called AREA 51, a nightclub located in Valladolid, where he is resident dj and will this year that many of the best djs in the world