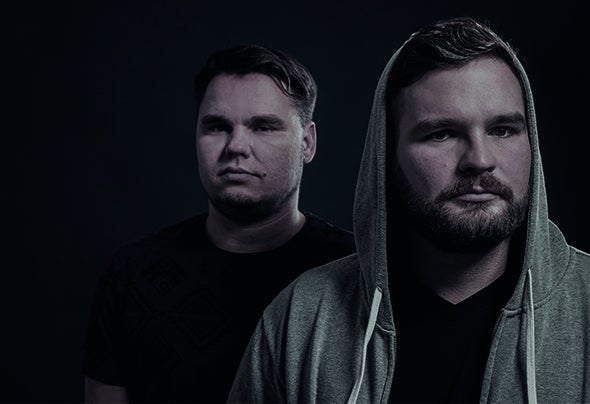 RomeoFoxtrott is a project established by two artists from Brandenburg (East Germany). Although the producer duo of Felix Tollkühn and Dj Freako only exists for a short time the two are working together very harmoniously. They feel connected by sharing a certain background that influenced both of them, and which had its beginning during the Hip Hop Era of the 90s. During that time they both got their first experiences on turntables (“1210”) and drum-computers. The love for Dope-Beats turned into passion, which influences their career ever since. In the following years their sound started to be more experimental and crossed with electronic beats. This change in style was not just due to new and different taste, but because of subjective cordiality and positive imagination of electronical music. Being open minded enables these two DJs to discover a highly diverse range of music. Nowadays their sets establish a deep, melodic, playful and progressive groove. Their first EP "Memories" was released in spring 2012. The EP is published by their own label Hunting For Emotion and has caused quite a stir in the whole european house-scene. But this is just the beginning Overdrafts by yourself !!! https://www.facebook.com/Realromeofoxtrott