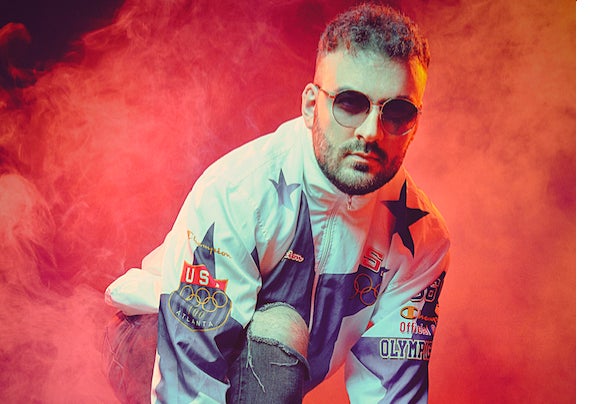 Alvin Kyer (Draft/NoExcuse/NONSTOP/Roushlabel/Formatik/Saywhat?/Dubnation / HAPPYTECHNO) German-born artist Alvin Kyer is about as fine of an ambassador for today's trending tech house world as you will find anywhere. At the mere age of 15, he became the youngest resident DJ in Germany after being discovered by Stuttgart club M1’s owner Bubi Schuster. He continued his record-breaking form by becoming the youngest DJ to play on a lineup at NATURE ONE FESTIVAL at just 18. Alvin’s musical incentives are drawn from some of the purest sources within dance music history. Early influence absorbed from the dance floors of DC10 and Space Ibiza, listening to artists like Armand van Helden, Loco Dice and Butch has gone on to help mould his musical palette with a level of defined maturity and sureness. His prominence within the German scene, combined with a residency at 102 in Neuss and frequenting Kowalski in Stuttgart have led Alvin to feel at home amongst some of his biggest idols and industry giants. He has been privileged to support the likes of Richie Hawtin, Magda, Jon Gaiser, Ricardo Villalobos, David Morales, Karotte, Loco Dice, Eric Prydz, DJ Rush, Felix Krocher, Chris Liebling, Benny Benassi and many more throughout his career. Imaginably, a performer of Alvin’s stature has no doubt tried his hand in the studio, right? His release resume already consists of some of the biggest names in tech house including NoExcuse, NONSTOP, Roushlabel, Formatik and many others, with a plentiful supply of finished records on track for release in the near future. Alvin’s production efforts have seen his music supported by the likes of Adam Beyer, Karotte, Paco Osuna, Arado, Joseph Capriati and many others.With several gigs confirmed gigs dotted around Europe and an impressive amount of forthcoming releases on the horizon, Alvin is keeping his foot well and truly on the gas as he continues to rise to precedence on a global scale.