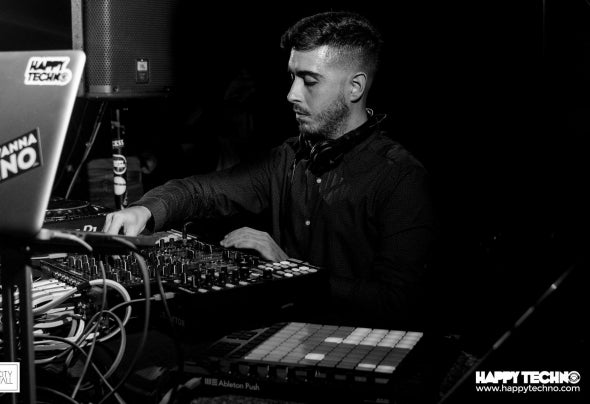 Frank Kid is one of the most promising figures and he is considered as one of the most qualified new talents in the Underground musical scene of Barcelona. Deejay & Producer born in Barcelona in 1987. Former student at the prestigious Academy of Club DJ's in Barcelona, Plastic BCN. Young producer since 2010, he has released tracks in collaboration with some of the most influential and acknowledged record labels such as: Definitive Recordings (John Acquaviva), Be One Records (Miguel Bastida), Younan Music (Saeed Younan), Zero Urban Records & RockIt Records (Vlada Asanin), Avenue Recordings (Mario Ochoa), Musak Records (Paco Maroto), Positive Music (Vidaloca & Piem) His tracks have been supported by prestigious and internationally-renown artists such as UMEK in his Radio Show “Behind the Iron Curtain” and Stefano Noferini in his Podcast “Club Edition” Frank Kid's sound is marked especially by having an Underground essence, in which his mixes provide the listener with quality, harmonic sense and good Groove as a basis, but always attached to a musical-sentimental value. So far, Frank Kid has performed in night clubs or parties such as: Pacha Girona (The 7th DJ Competition “Movida Corona” 2010) – City Hall (Café Olé Party) – Atic BCN (Actual KER Barcelona/ElRow City) with Andy Fletcher [Depeche Mode], Les Schmitz & Mar-T [Amnesia Ibiza] – Row14/ElRow (Viladecans) – The One (Barcelona).