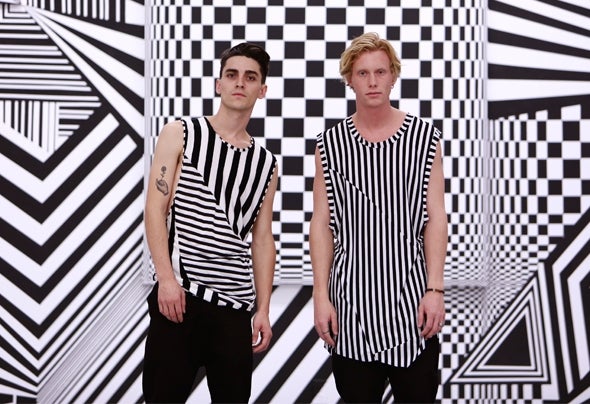 Mont Blvck was formed when Diego Cuevas and Jackson Englund caught on to each others musical interest after finishing high school. Once in the studio together they began to experiment with vocal melodies on top of a blend of electronic and organic elements.The pair gained many influences around this time by immersing themselves in the underground electronic scene. This exposure was partly due to Jackson’s sister, Anabel Englund, who at the time was touring with her acts Hot Natured and Pleasure State. It didn’t take long before they co-created an event series, Gari Safari, with artists Matt Ossentjuk, Human Life, and Anabel Englund. Gari Safari has taken them all over the United States, Ecuador, Mexico, Japan and Argentina. Today their performances consist of live instrumentation, synths and vocals on dynamic DJ sets. Since then, they’ve cultivated a unique brand of dark yet colorful music that has been compared to the likes of Depeche Mode and Bob Moses.The duo is planning on releasing their new Untitled EP early February through their own label, Gari Recs.