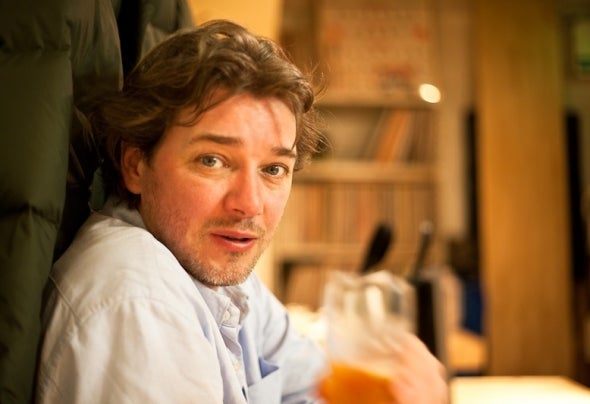 He adopted the name Kaos in the mid-'80s, when by his account he was the "first graffiti painter in (West) Berlin, producing art heavily influenced by the "street culture" of New York City. He also skateboarded professionally. From there, he moved to London, where in the early '90s, he hung around the studio of legendary producer Cameron McVey and immersed himself in England's blossoming club scene. By the late '90s, Kaos had returned to Berlin and joined with two other journeymen the band Turntable Terranova (Terranova Close the Door LP), an electronic production trio who would be responsible for an early, beloved entry in the prestigious (!StudioK7) DJ-Kicks series. For the last decade, Kaos has been going at it alone, at least in principle: His first solo full-length album, "Hello Stranger", included collaborations with Erlend Øye, Daniel Wang and Conny Plank.To state the obvious, Kaos has seen and done a lot of things. And he's still on the move, starting his own record label, "Jolly Jams", released quality 12"s from Tiago, Eric Duncan, Alex Olson etc., he's recorded with Manuel Göttsching (E2 E4), released the Hit Single "Love The Night Away", comped discs with Liquid Liquid's Sal P, remixed everyone from Roxy Music to Neneh Cherry and to supreme underground acts like Felix Dickinson, and is touring the world with a high-flying DJ set.