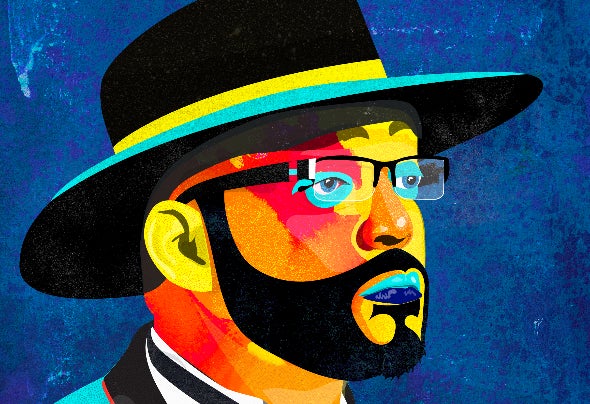 Wetworks/V.I.T.R.I.O.L. was discovered in the mid 2000's by Glenn Wilson, whom released Wetworks first vinyl on The Infamous Punish Label. Through the years, Glenn has continued to be a mentor and friend. Along with many techno luminaries such as Mark EG, Staffan Ehrlin and other heroes turned peers, whom have guided Wetworks through carving his own path in the music eld, and have continuously encouraged him to release music that is not only true and honest to his outlook, but sonically impactful and able to be felt in the soul. Wetworks has released tracks on respected labels such as Geushky, Compound, Mastertraxx, Bubblejam Gold, UKR, Dolma and more. His tracks are vicious, warehouse and dancefloor ready, and cultivated with music theory in mind. 2019 has marked the debut of The Wetworks vs V.I.T.R.I.O.L. project, which will allow him to separate his known approach to funky and percussive techno as Wetworks, and allow for a newer approach to Faster & Brutal Hard Techno with a still keen to Music Theory and rhythmic approach, with a dash of Esoteric overtones. He is also the host and curator for The Peak Hour Experience Radio Show on Fnoob Radio, a monthly radio show that showcases some of the best names through the years in Hard, Tribal & Rhythm Based, Peak Hour techno experiences, such as Paul Mac, Ryuji Takeuchi, Dean Rodell, The Divide and many more. Wetworks is now a part of the Chicago Jaxxx & Mastoid Kollektive family as their newly inducted Creative Director.