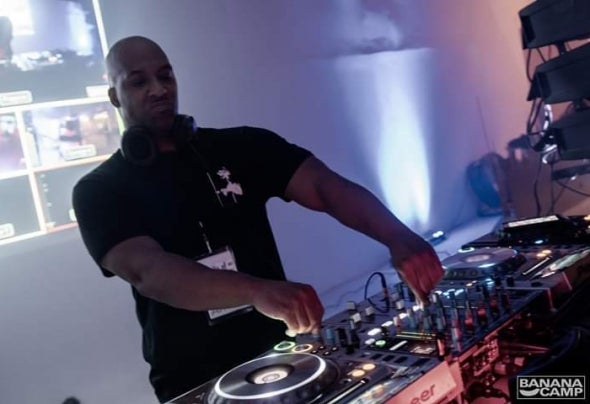 Travis Courtney McDaniel “DJ DSC” was born December 18th 1975 in the Roseland neighborhood. His influences stem from one of the main stays in the early house scene right across the street from where he lived... Mendel H.S.; this is where house legends like Farley Jackmaster Funk, Wayne Williams, and Gene Hunt spun. Also, growing up in high school, Dj DSC found his love of dancing through house music. In the early 1990’s he became part of the dance group House-O- Matics and became good friends with house music pioneers such as Paul Johnson and Armando Gallop. This further his knowledge in house music and shaped his sound into Jackin and Acid house as well as techno. Along with these influences DJ DSC has had the opportunity to spin along with other great and phenomenal House pioneers such as Kid Enigma, DJHyperactive, Wayne Williams, T. Mixwell, Gene Hunt, Jerome Baker, DJ Heather, Microdot GBoy and Mike Dunn. In 2019 Travis "DSC" McDaniel launched Chitown Techno Radio (www.chitown.tech). A radio station dedicated to up and coming, as well as well, known techno Djs in the chicacago area and midwest region. This station was meant to put techno in the midwest to the forfront of techno music on a global scale.