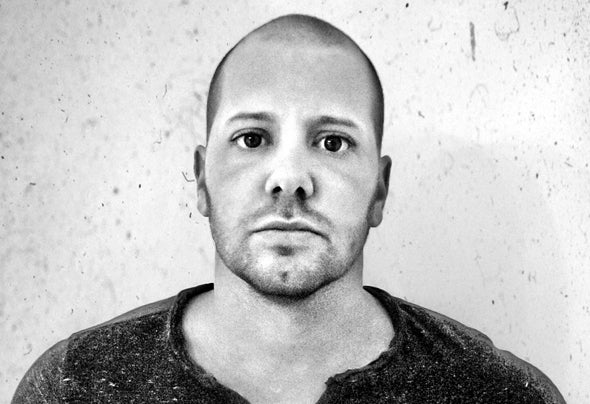 Producer, DJ and label owner Lance Blaise is becoming a true household name synonymous with underground techno music. Head of the prestigious techno label Teggno, Lance has amassed a staggering catalog of music and original productions. A favorite play from the icons of electronic music (Carl Cox, Dubfire, Richie Hawtin, Laurent Garnier, to name a few), Lance has been riding a wave of success that few can top.Also recording under a variety of monikers (Tattoo Detectives and Tacopimp most notably), Lance has signed his music to some of the best labels in the world including: Capsula, Spark Music, Phobiq, Illegal Alien Records, Empro Music, Incorrect, Sound of Acapulco, Rawthentic, Definition, Vandit, Tech Head, Mad Hatter, System, Lo Kik Records, Global Underground, as well as his own imprint T eggno Records. One of his steadfast supporters has been longtime friend and mentor, Carl Cox. Carl has taken Lance’s tracks for many of his compilations, licensed “ETC” to his Space Ibiza release and in 2010 signed “Faakt ree” t o his Global Underground CD, and t he track rose to the #2 position on Beatport’s Top 10. Carl has also asked Lance to share the stage with him on numerous occasions throughout the US.In 2008, Lance really came into the world frame when his T at t oo Det ect ives t rack, “Il Salt o Fuori” became one of Ibiza’s DJ anthems. Paul van Dyk commented “The Ibiza season in 2008 has been inspired by ‘Il Salto Fuori,’ and its all about ‘this dj is f_ckin crazy.’ Carl Cox was quoted on Resident Advisor stating that “This record is storming, its pumping techno in all it’s fury.”Late in 2008, Lance parted ways with Tattoo Detectives partner, and focused his productions on a more dark underground techno sound. This proved the right choice by one look at the Beatport charts. As Lance has re-established himself as a true innovator of this deep dark twisted new techno sound, fans have responded by shooting his tracks consistently into the Top 10 on Beatport.Always on the forefront of what is cutting edge, Lance, as a DJ is breaking new ground. Not cont ent t o ‘just DJ,’ Lance strives and seeks out new technology to further push the boundaries of what a DJ can do. A self confessed ‘tech geek,’ Lance is an artist who can manipulate music and technology in ways not yet seen. In 2010, Lance t oured Europe, Sout h America, and North America. Finding time for the studio, Lance released his first artist album entitled “Pretty Twisted.” Insanity harnessed within the confines of music is a good way to describe the journey this album takes its listeners on, and it’s interplay with complex (yet disturbingly subtle) sound effects, mark this album as a masterful take on the perverse and beautiful. This album had 4 tracks rise into the top 100 on Beatport, and 2 into the Top 10. Lance’s dark sound has found its way into many new remixes this year, including his remix of Bodyscrub’s “Pitched” which was released on Capsula (Italy). His remix was charted by Slam for their Drumcode chart, and it has been a mainstay in many sets by DJs around te globe.In 2011 Lance again released remixes, singles, and a few EPs for some selected labels all rising into the Beatport top 100. Keeping up with his releases Lance followed a heavy touring schedule in the early part of 2011, leaving the latter part of the year for major time in the studio as well as some much needed reflection time on the direction of his sound.In 2012 Lance has scheduled releases with a select number of great techno labels, as well as on his own label, Teggno. This coming spring and summer will grant Lance the opportunity to get back on the road for some more foreign tours. Look for Lance in a city near you!