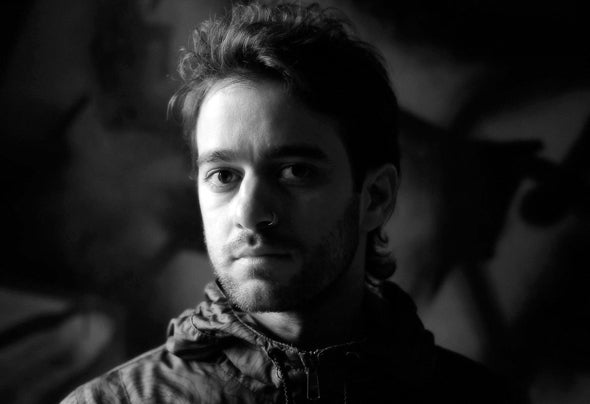 John Dalagelis is a multifaceted artist, music producer, dj, sound engineer and entrepreneur with a long and admirable history within the electronic music scene. Whether traveling the globe as a respected and in demand dj, running his pioneering Dieb Audio record label or meticulously tweaking and polishing productions at his Dalasounds studio, John’s work ethic, attention to detail and consistency have earned him a well deserved reputation for quality.Born in the U.S.A. and raised in Greece, John originally burst into the spotlight during the early '90s. His unparalleled enthusiasm and love for music as a youngster while DJing at underground parties, hosting his own radio shows, scratching and standing out at the national DMC championship and supporting Orbital on their first tour of Greece, would set the firmest of foundations for his future development and endeavors.In a whirlwind production career, either solo or along with his brother Nick, as well as under various aliases and collaborations, John has produced for a diverse number of respected labels since the beginning of the '00s. Through the years, his sound has shifted, progressed and developed into a mature and sophisticated brand of electronic music, spanning from techno infused house, break beat, dub, electronica, experimental and all points in between. On the dj front, apart from being active in his native Greece and the U.S.A., John has traveled around the globe to locations as diverse as Australia, Germany, Mexico, Colombia, Romania and Lebanon to name a few.As a formally educated, degree certified in Sound Engineering and in Recording Arts, John is also extremely active in his studio. His list of clients and past projects as a producer, mixing and/or mastering engineer is nothing short of impressive, having worked on numerous singles/EPs, artist albums and mixed compilations during the past 15 years.