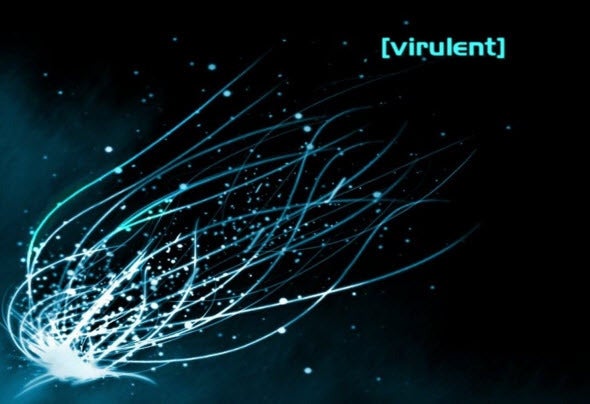 Kevin Farabaugh has been DJing, producing, and proliferating underground techno under the guise of the Virulent alias for over a decade. Born and raised in Northwest Indiana and firmly enshrouded in the shadows of Chicago’s house, acid and industrial scenes, he began experimenting with secondhand drum machines and emerging music production software as early as 1996. Frequent trips to Chicago’s Gramaphone Records provided the building blocks for his sound, a strange hybrid of emerging drummy European releases along with more classic and dirty Windy City bangers. Releasing records on Detroit’s Beretta and Seismic labels as well as Indianapolis-based Chromagnon and Azure, Kevin began to make an impact in 2005. However, the death of a close friend combined with the shifting trend towards subpar “mnml” techno prompted him to take a hiatus which lasted for many years.After a change of scenery to the quiet hills of North Carolina, the leviathan known as Virulent once again emerged in 2013. Finding an eager audience in local producers Justin Kase and Owen Sands of the emerging techno imprint Ill Bomb Records, Kevin produced a pair of EPs which landed on the charts of major techno players worldwide, and have seen heavy play from Tokyo to Berlin. Already having crafted remixes for 611, DeKonstrukt, Torque and Slap Jaxx in his first year back, along with his past and upcoming work for Dystopian Rhythm, the sleeper has been awakened and can no longer be chained.