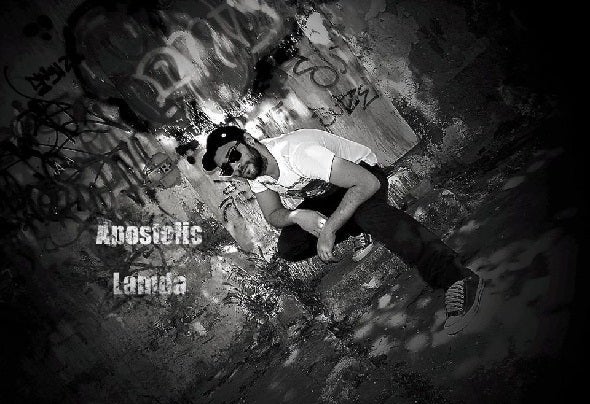 Apostolis_Lamda was born in Athens in the 2nd of August of 1986. During his life he developed an intimate contact with music but the relationship with electronic music proved to be even greater for him. In the age of nine, still as a kid, he started his first music lessons. The guitar was a very interesting instrument for Apostolis but he wanted to learn much more about the complete way that someone creates electronic music. The aggressive sound of electronic scene was something that strongly influenced him.This kind of music was very inspiring for him. He has created many kinds of electronic music and this was something like fundamental skills. Now, Apostolis as a music producer feels more completed with Techno music. Deep, dark and experimental soundings is the basic “signature” of Apostolis Lamda’s music compositions.Apostolis Lamda learned completely on his own to construct music and this composes his lifetime passion. Furthermore, some of his songs have been displayed in radio stations like Cannibal radio etc. He has been interviewed by ART UBER ALLES and Freeze magazine . Apostoli’s progress in music did not remain unremarkable since his intense music personality managed to catch the attention of several record labels like Brood Audio, Voodoo records, Focus records, Hybrid `Confusion, Shout records, Italo Business, DSR digital, That’s hot records, Miniatures, Free Spirit, Pool 8, Moditech, Hazard Minds, Misdeed. However, the most impressive fact is that his so far accomplishments compose only the beginning, as long as his music comprehension and inspiration are everlasting.