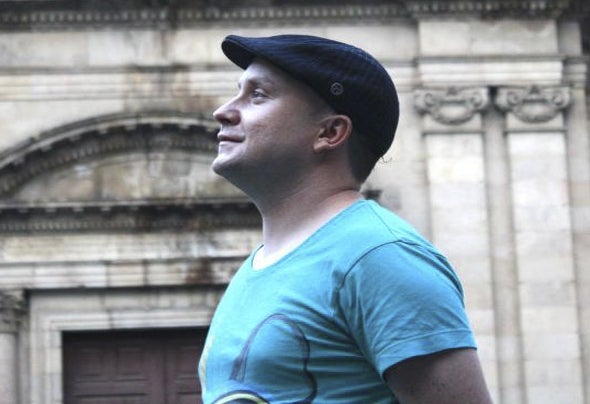 Dj and Promoter Spanish musician born in 1981, Victor Electronics course and played in several rock bands and punk. I had experienced the world of synthesizers and workstaions at home because there was a Roland G 600 from his father that the played regularly. began playing at private parties and raves in the capital, becoming noted in 1999, with your preferred style, electro techno and HardTechno. Victor is considered a megalomaniac, his tastes are varied, rock of the 60, 70, 80, classical, punk and electronic music in general, After his first contact with the dishes in the house of Jose (sowing paranoia) stays on and realizes that his vocation is this world. So you start playing in clubs of the capital and nature, deep, Fabrik, private parties with aka Eleclove, the name comes from his passion and perseverance in the world of electronic music. In 2010 I will have the clup Capsule, which despite its short long- term impact on his career. pressure mounts a record label called (2009), and then forms with partner Alberto Herrasti Unclosed Records in. 2010) The part of the production does not begin to publish until 2008 and 2010 when signed for labels like Capusla and Globox under the pseudonym Eleclove, which is charted by Sasha Carassi. After In 2010, after sharing sownig studio with his friend, Pete Ten cells and their musical concept gives a 90 degree turn and start learning to program various synthesizers, and producea techno-laden atmospheres experimental analog sounds, inspired by things like science fiction, space and everything related to the experience with the signals, which unveils its new project Analog People. In 2011 started his label called Dub Techno Glider, also began working with HD SUBSTANCE, in the Software Records label His influences in electronic music ranging from Kraftwerk, BASIC CHANNEL, Autechre, Sven Vath, Jeff Mills, Marco Carola, Johannes Heil, G-MAN, Xpansul, Javier Orduna ... works in seal as Globox, Capsule Records, Pong Musiq, where Dosem artists, Luke Hess, Joseph Capriati, Mihalis Safras and many large produce.