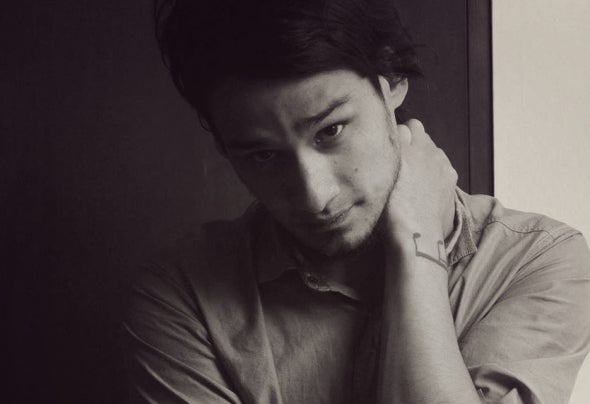 Bruno Bazzetti was born in Lima Peru, at the age of seven years old he developed a strong inclination towards music, specially percussion and the piano, by then Bruno received classes from accredited professors, Pedro Rios (percussions), Fernando Simonetta (piano), among others, at the age of 11 with a strong background in music Bruno decides to dedicate his time exclusively to the piano and classical music.At the age of 15 he starts his route as musician, supporting local bands in the keyboards, playing classical pieces in different shows including schools, auditoriums, and finding ways to expose his work to the larger populous. In the process of investigation and search of new sounds, Bruno discovers Electronic Music for many sounds that travel without a course, for him solid with musical path. In that same year Bruno discovers and acquires by different means music production software. That way Bruno Bazzetti starts his way towards Electronic Music Production.After many years of practice, research and dedication Bruno decides that his work is ready to be exposed. That way in 2007 he enrolls in the course for producers of electronic music at a national level organized by DJ schools and producers of electronic music of Lima “DJCOLLEGE PERU”. Bruno Bazzetti leaves the course at a first level being recipient of different awards among them a scholarship to the aforementioned institution. Among the courses taken were professional mix and production of electronic music giving him a better perspective and judgment for music production. In the process of learning and composing of a number of arrangements, Bruno is invited by a Spanish recording label (Blanco y Negro Music S.A.) to sign a contract of music distribution in Europe and other parts of the Word launching the store “Ibizadanceclub”. Breaking ground and sales records he attains the first place in the Top 100 with the song “Lima at Night”.After Bruno Bazzetti decides to create a duo with Branko Bojovic creating the duo Bazzetti and Bojovic releasing the first EP in the Beatport capturing the attention of personalities in the genre. That’s how Magda the label of Richie Hawtin (Minus) includes one of the tracks in the EP in the 10th anniversary of Minus. Bruno is currently working in EP’s for the Empro Music Italian music label available in Beatport and 350 additional stores.