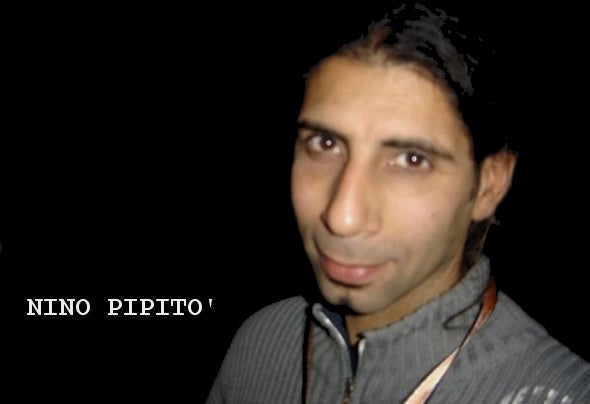 Nino Pipito’, unchallenged artist for his technical skills on the disks. The impressive quality of its performance is known around the world thanks to set-live in the disco-clubs, the video network, the tracks for sale and the mix-sets on digital and network radios all over the world as NRJ Europe, Metromix NY etc. After an adolescence of drummer, Nino, began DJ-working in 1996 with performing with historical scratch performance with vinyl, for this reason has become a technique of mixing very scenic. Since 1997 we can start to see him even in the console of the big disco-clubs, where he generally mixes in techno room, and with this his way of running the disks "sending in the glow the pins- heads" so he enthusiasms the great public. He specializes increasingly with strong musical kinds becoming a forerunner of hardstyle. His name becomes almost a symbol of these contexts and, already from early times he is considered a reference by colleagues already established and by the public of disco-clubs. He has published on famous Italian and foreign labels his songs of techno style, hardstyle and progressive-house (same kinds that he offers usually in disco-clubs), including "Voice of Silence," "Drive", "Freepass", "Speed finger "etc. It happens to see him in various parts of Europe, from the smallest disco-club to the biggest rave party; he also mixed in major events like Elastic, Religion, Powerjam, Bionic, M-Zone, Sub Zero, Mediterranean event etc. Nino is charismatic, he instantly puts in tune with the people which is on room, and every aspect of his live-set is always unpredictable.