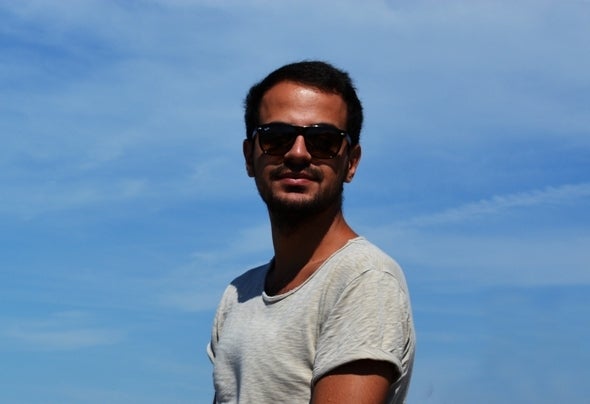 Alberto Rizzo (born October 6, 1990, Poggiardo, Lecce), is an italian musician and disc jockey. His style is well known for the continuous sound experimentation on purely digital percussions that makes his sounds always very fresh and special. In 2010 he founded MinimalItalia, the first italian blog-zine entirely dedicated to the world of techno music. In March of 2011 he created NoiseTilt Records, label that he still manages.Since the young age of 10 years old Alberto constantly attends solfeggio and piano lessons, showing since a very young age his interest in music, although with a classical trend that accompanies him for about 8 years between small events and local concerts. Meanwhile, his young musical career is constantly combined with a strong admiration for techno and minimal sounds: admiration that, in 2008, leds him to the publication, in various related blogs, of highly detailed and sophisticated reviews about the continuing developments of that kind of music in Italy. In 2009, Alberto's move to the city of Turin (always considered the Italian capital of electronic music) establishes definitively his entry into the world of music business leading him to the release, from 2011, of his first works officially produced in studio. At the moment Alberto's career is taking a massive turn approaching the deeper side of underground culture.