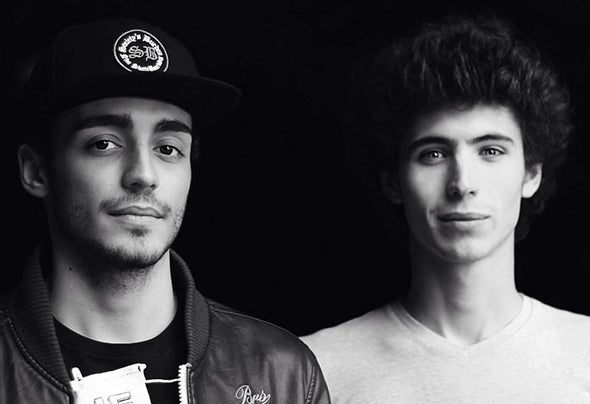 Influenced by very similar music genres ever since they were very young, they spend years going around festivals, capitals of electronic music and parties, always making sure that their interest grew and that it became true passion. This passion then breaks out when the two get their hands on their first console, never leaving it gain. They play at private parties until 31.10.2011, when they do their first appearance in an important location in Milan: the East End Studios. Thus they come to be part of the Beat of Life project, both as resident djs and organizers. Room 1 in Amnesia becomes the place where they can freely express all their musically innovative characteristics; their melodies, with an aggressive bass, impress the public to the point that, through Beat of Life, they became residents of Amnesia as well.On several occasions they had the honor of opening with their dj set for big names such as: Nic Fanciulli, Dasha Rush, Joris Voorn, Dema, Adam Port, Daniel Sanchez and they perform their warm ups with Marc Antonà, Magda, Tommy Four Seven, Pan Pot, Len Faki, Speedy J, Joseph Capriati.