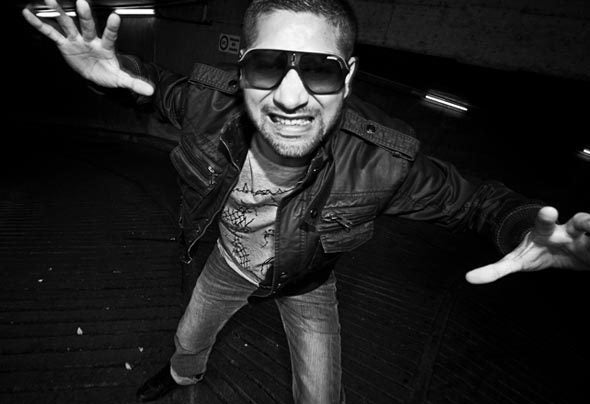 Since a very young age, Alex Kostic had a passion for electronic music, so it was natural when he turned to Djing at the beginning of 2000. When he set eyes on the turntables, it was love at first sight, and then a lifelong romance started. His introduction to "the art of Djing" is explosive, and he rapidly mastered vinyls, cds and other digital tools. His attraction to alternative atmospheres quickly led him to underground sounds. Ever since, during each live act, he strives to impose his sleek style, combining pumping sounds from trendy techouse together with incisive minimal... His sets merge powerful rhythmic percussion, explosive basslines, mesmerizing vocals and steep ascending sounds- not unlike those of Marco Carola, his illustrious mentor. As a demanding and diligent DJ, he stands out equally with his seasoned techniques and sophisticated Without much delay, Alex Kostic made a name for himself on the electronic scene in Geneva. As an accomplished artist, he is also working with the production and just released his first EP (Gloaming).