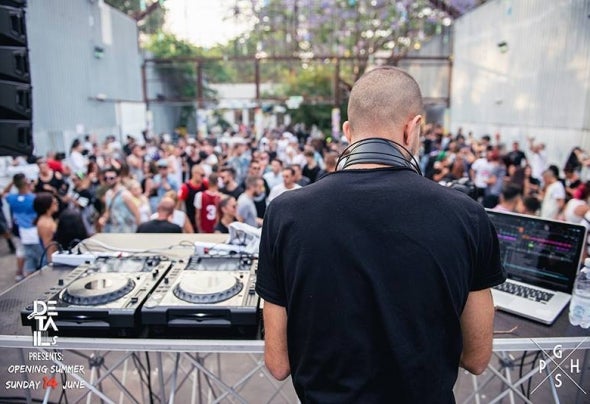 Alessandro jordanian class 1991 since the young age discovers a strong passion for music thanks to his uncle. Start right now at the age of 15 to mix the rst records for passion, then thanks to his skill begins to collaborate with the rst local area where in a short time can be known in the Caserta and Neapolitan music scene and also later in the Italian where he plays in the likes of the Millennia Disco in Cassino, the Disco Metropolis in Naples, the Golden Gate Disco (Ex Ennency) Mostra d'Oltremare and many others with international artists such as Gary Back, Uto Karem, Dj Simi, Traumer, Speedy j, Black Asteroid and many others. At the age of 18 he began to travel in Europe where thanks to his friends he began to collaborate in cities like Berlin known as the Capital of Techno where he experiences new musical experiences .. But at the same time increases the desire to make music in fact decides to graduate from a Neapolitan academy of Neapolitan music the Nut Academy where he knows several professors of the caliber of Giancarlo Lanza, Enrico Cosimi, Vinci Acunto famous names in the eld of electronic music and not only, in fact, thanks to them begins to create his rst musical ideas .. Then start to release his rst releases that are soon supported by the likes of Richie Hawtin , Marco Carola, Ilario Alicante, Cries Liebing thanks to his ability to create sounds that range in various musical genres .. In 2016 he founded anarchy records a digital label for emerging artists