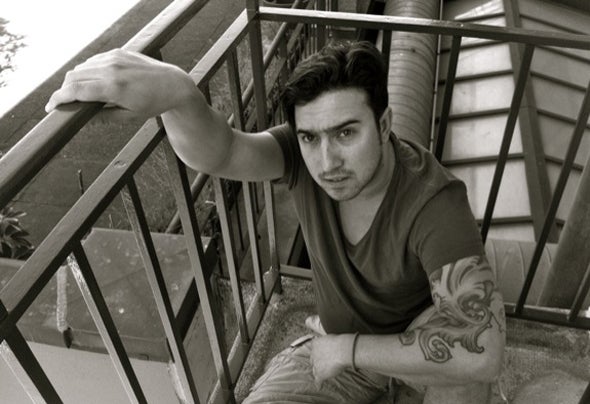 Hailing from the industrial northern heartland of France, Romano Rapeso quickly established himself as a key player in the Swiss electronic scene following his move there in 2005. Co-fondator of the label Teknologik; regular hosts of events all over Switzerland featuring Techno's finest and most respected including Marc Houle, Gaiser, Hermanez, Marco Carola, Paco Osuna, Dubfire, Matador, Fabrizio Maurizi, Hobo, Barem and Magda to name but a few.Romano has supported his more established contemporaries on many an occasion and in doing so quickly gained the know how and respect of his peers, drawing inspiration along the way from his personal influences as well as from his own rich Italian-French cultural heritage.Romano's dark, driving techno is both groovy and hypnotic, permeated throughout with Latin rhythm and percussion. Allied to his infectious charisma and enthusiasm, Romano is easily able to seduce listeners and invigorate the sternest of dancefloors. Having played vinyl only for over 10 years, Romano's sets have evolved to incorporate available technology to its fullest extent in order to foster a bold and experimental style.T he future is looking bright for Romano, and indeed for Teknologik, with a confirmed monthly residency in Mendrisio's 2000 capacity strong Arena Club as of September 2013 adding to the label's residency at La Graviere, Geneva as well as further showcases announced for Summer 2013 in Sankeys, Ibiza, Sonar, Barcelona, and London. Romano himself will be relocating permanently to Ibiza and this should see him gain the wider international exposure both he and the label righteously deserve.