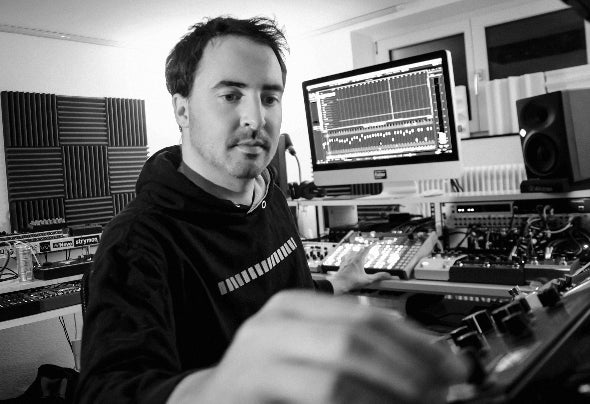 Born in 1982 and inspired since the early 90ies by synthetic music, fascinated by the dance and rave artists of the era and their innovative sounds, Nachtaktiv aka Lukas Süess always wanted to create his own music, although he started off not quite understanding the difference between DJing and producing. 1998 he made his rst attempts on simple home-use music software and chopped up and rearranged loops and samples to rst tracks. Wether at legendary parties at the Stufenbau, in the Rohstoager, on the Gugelmann Areal or in the Hallenstadion, at jungle or house parties or a goa party in the middle of the woods; he gathered impressions and inuences any- and everywhere and tries to this day to reect them in his music. 2002 he moved to reason software and his rst midi keyboard before switching to cubase. After that the production area got a bit quiet as equipment and facilities - and therefore also the motivation - were missing. 2006 this changed promptly with the foundation of Elektrostubete with Jon Donson and Baroz and the creation of their very own studio shortly after. Since then he is found there more often than at home, struck by production fever! 2008 Nachtaktiv had his rst digital release and two years later rst remix requests poured in. Mid 2011, after 1.5 years of preparation, he and Jon Donson presented their rst liveact and had a couple of good gigs at different venues and festivals like Chocolate Festival, Supermarket, Frieda's Büxe, Dachstock, Via Felsenau, Gaskessel, Kapitel and more... After that, he had several releases on different labels and now he is working on his solo liveshow.