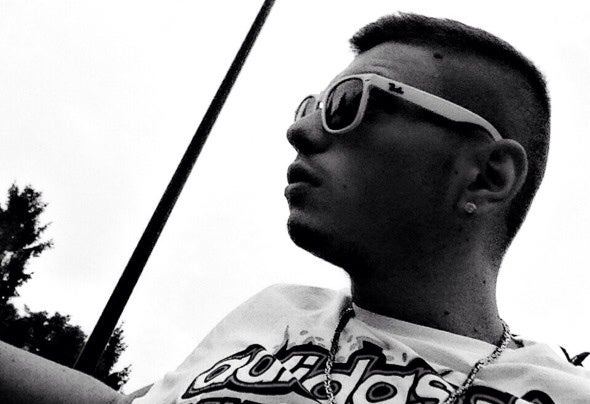 Mert "GINGAT" Güngör (1994) is a young DJ / producer from Mannheim / Germany. He presents his own taste and his love of techno music in the form of self-produced tracks and stunning DJ sets. At an early age he started to listen driving electronic music and celebrated it at festivals like Time Warp, Syndicate or Nature One.With young 14 years GINGAT started to realise his own ideas inspired by variables such as DJ Rush, Chris Liebing and Carl Cox with music production Softwares like FL Studio. He discovered a dark, driving force in techno music which was built by the A-Brothers and Niereich in their tracks in early 2010. Suddenly he changed his style and was living the scene with full of passion and began his own sets to mix and thus its own flavor to give the people dancing. In short time GINGAT played in all the clubs in the Rhein-Neckar district, with techno stars such as: A-Brothers, De Hessejung or Silvano Scarpetta at events for electronic music. 2013 he started to produce his own techno tracks with Ableton, Fruity Loops and Publish. His works inspire the people and thus he had a good entry into the global techno scene. His first digital release will be released on the label "Sound of Techno", it is the label of De Hessejung and he is participant in the Niereich & A-Brothers Remix Contest. Since the summer of 2013 he plays in a duo with his good friend Manu.W as "Underground Factory" On techno events.