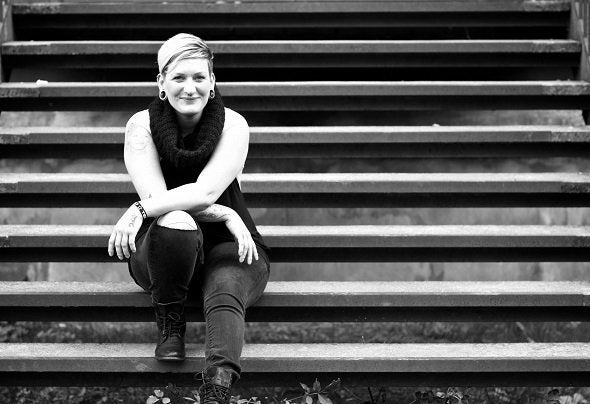 Definition - AUDIOCOMA: Audience-related techno - sometimes playful, sometimesdry and rough, but always in her unmistakable style: Crunchy; driving; and groovy - no more, no less.Lara came in contact with electronic music for the first time in 2003. At first a bit indecisive, she tried mixing minimal and electro in 2011, but these genres were outweighed by her love for techno. Here influences are: The Horrorist, Virgil Enzinger, Knobs, Sawf, Subfractal, Drumcell, Ryuji Takeuchi for techno and Vitalic, Modeselektor or Niconé for Electro/Minimal.In 2011 she began Djing by accident. Her first official Gig was at the legendary event TagX in one of the most famous clubs in Cologne, Germany, the Artheater – where she was featured on the line-up with none other than Speedy J. Since then she has played clubs all over Germany such as: R19 in Berlin; Klangkeller in Düsseldorf; Triptychon in Münster; Kitu in Saarbrücken; Grüne Rakete in Trier; Elektroküche, FortX in Köln and latest N8Schicht Bonn.In March of 2017, she had her first international Booking: playing at Dusk in Providence, USA.Her first release “667 – one step ahead the devil” (Zensur Rec., 2014) is experimental/minimal, whereas “Creepers & Crawlers” (Subwoofer-Rec., 2014) reveals a clear, industrial structure. There were several releases on (NG—Records) as well as (Liebe zur Musik). The Track “Diablo Rojos” (Zensur Rec.,2014) was ranked 60much more mature than previous releases. Since then, she has streamlined her workflow and has developed a distinctly unique sound of her own. A collaboration with well known producer Chronisch Komisch - “Slaughter” (Oxytech Rec.) was released in 2015, which helped to further solidify her sound in the genre of industrial techno. “Scourge” is the title of her latest release came out on Hardwandler Records in March 2017, including remixes from Shadym, Björn Zimmermann, Remy Julien & Freiheit.