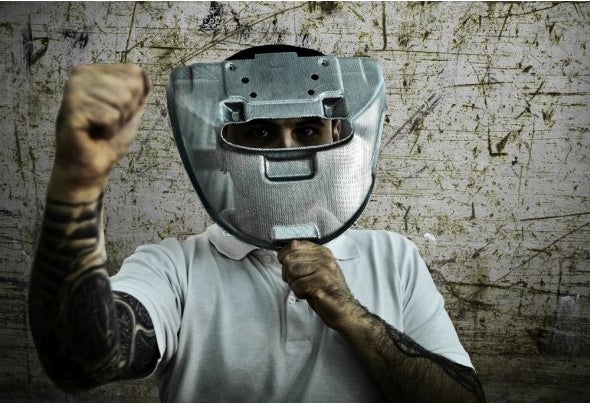 At the age of 17 KONEY discovers a passion for electronic music by hearing some tunes from oldschool videogames. This soon turned to be an obsession for techno and hardcore sound which lead him to start doing some stuff using a Commodore Amiga. The eccentricity of the computer chosen for composing was noted by an important Swiss label which in 1997 proposed him to release his first record under Zero Music Hard. Since that time to today he developed confidence with more gear and computer softwares but without ever giving up working on analog mixing consoles. Eventually this skill has interested other producers who wanted him to record and mastering their music using his studio and experience. Until now he released some like 20 Industrial Hardcore EPs and many singles spanning to more diverse styles like Techno, Industrial Techno, Powernoise Schranz and more. Remarkable releases are the ones on N.e.Tunes, Industrial Strength, Dark Matter, Hong Kong Violence, Motormouth, Corrupt Redux, GGM, Hardcore Central, Noisy Bastards, R-909, Sonic Pollution, and of course Koney Records: his personal label now fully ran digitally on Juno Records for hardcore and on Bandcamp for Industrial Techno and Powernoise. His performances as DJ are ranging from 210 BPM breathtaking Industrial to 150 BPM mental Darkcore and to techno, schranz or powernoise sets. He has performed all around Europe in Holland, Germany, Belgium, Switzerland, France, England, Slovenia and, as part of the N.e.Tunes crew, in Italy at every important hardcore event.