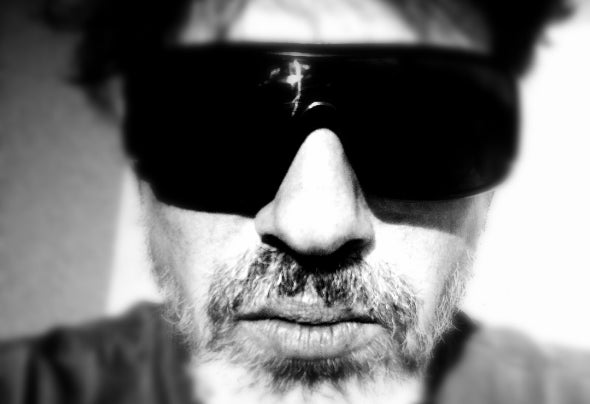 Coming from the techno world of the early 90's, Dj R.Flo is an atypical Deejay. He started playing music at the age of 7; guitar, sax, flute, bass ... and the mixing in 1992 (Trance Techno) under the pseudo of Dj Floral. It was in Lyon that he had his first evenings at the GrisbiBar, then at the Europub. He joined Dubsound (under the pseudo of Dj Abyss) and performed at Space and Zoo (Lyon) alongside St Jean, Miloch, Gar field, Miss Kittin, Tof, Stan Parker. In 1995 he met D'jamency, Syspeo (with whom he would be resident at La Tribu), Mekanic's and Joke Air within the Orbital Space agency. He played alongside Aktarus, Naomix (NRV), Moonlight, Cris Horwood ... Lyon, Dijon, Paris, Marseille ... and in 2000, he landed in Paris; the Gibus, The FolliesPigalle, The SoundBar, ... then put the mix aside to tackle the production. Influenced by early 90s tranceTechno, his style oscillates between groovy techno, hardTechno. In 2013 released his first EP "Sachannavia" on the Subwoofer Rec label, then "Magic Pills" and "Kill the dance floor" which contains remixes from talented producers like Dj Tuttle, Kai Pattenberg, Kato ... In 2020 and 2021 are released " sequences "Vol 1 and 2 on Let's Techno Records, which enter the top20 on beatport.