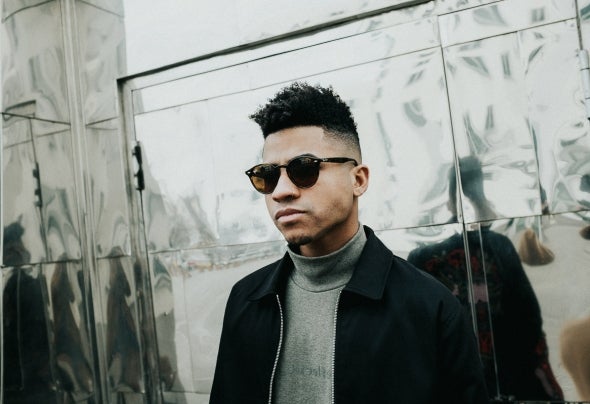 Rooted from the tropical sounds of his native country Puerto Rico and the melting pot of sound he encountered in Chicago, Texas, and New York there is no other way to describe Caleb Calloway’s music but as diverse.Captivated by the house and techno scene in NYC after moving to study audio engineering Calloway began DJing and Producing electronic music slowly moving his focus away from Hip Hop and fully dedicating his time to the underground sound. After graduating Calloway decided to move to back to Puerto Rico and spend all of his time honing his craft. He quickly gainednotoriety in the underground scene sharing the stage with the likes of Damian Lazarus, Art Department, The Martinez Brothers,Green Velvet ,tINI, and Loco Dice.After having opened up for Loco Dice, Calloway sparked the interest of talent booker Louis Diaz from Club Space Miami; where he played his debut set at the terrace during WMC 14’ and again in the summer of 2014 as the main act. As the year 2014 closed Caleb was presented with the amazing opportunity to tour with Loco Dice and become his supporting act in North and South America allowing him to be a part of Dice’s record breaking 24 hour set on New Years eve 2015. During his mercurial rise Calloway has also been able to find a balance between producing electronic music and continuing to be a heavyweight name in the latin hip-hop scene with billboard charted production and radio singles between Mexico and Puerto Rico demonstrating his resounding versatility.The year 2016 has also proven his prowess a producer with big acts such as Marco Carola, Loco Dice, The Martinez Brothers, Joris Voorn, Paco Osuna and many more playing his tracks all over the world. He's slated to make his debut on Desolat this year on the Desolat X Sampler and has released on NoExcuse, New Violence Records, Underground Audio and many more labels slated to come out in 2017.Caleb will continue to tour meanwhile working on plenty of music now in his new home of Berlin.