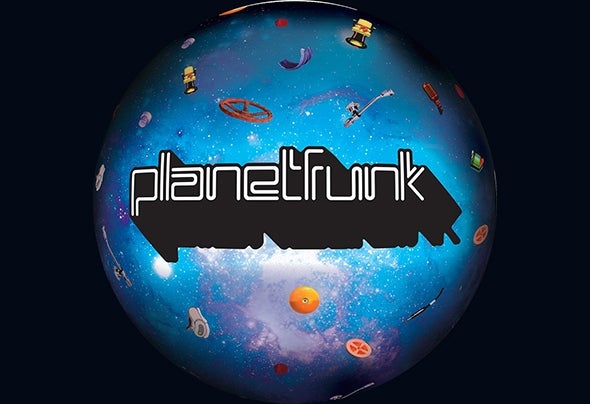 One of the main protagonists of the Italian dance music scene, Planet Funk emerged in 1999 as the fusion of Souled Out! (formed by Neapolitan producers Alessandro Sommella, Domenico "GG" Canu, and Sergio Della Monica) and Kamasutra (Florence's keyboard player Marco Baroni and DJ Alex Neri). The name Planet Funk was taken from an old Alex Neri track. For the summer of 2000 they released "Chase the Sun", which became an unexpected hit in Ibiza, followed by their rst album, 2002's Non Zero Sumness, which went gold and was also crowned at the Italian Music Awards. A remixed version Non Zero Sumness Plus One appeared toward the end of the year, followed by The Illogical Consequence in 2005 and Static in 2006. After ve years of silence, the band returned in September 2011 with “The Great Shake”, followed the next year by the deluxe version “The Great Shake +2”. In 2018 Sergio Della Monica, founder of the band, passed away at the age of 58.  During the past ve years they released a few singles like “We-People, “Revelation”,“Non Stop”, “You Can Be” and “All on Me”. 2020 marks the 20th anniversary of the band: to celebrate this special occasion they released an exclusive concept album called “20:20”, a collection of their biggest hits, all remastered at Abbey Road Studios for the label Just Entertainment, produced by Sergio Cerruti.