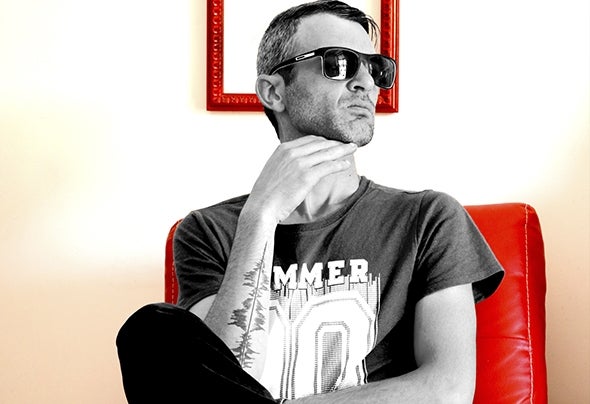 From Montevideo (Uruguay), where he made his first contact with electronic music at 13 years of age. He is a great example of his father,began to be given to electronic music and got his first sessions to find the perfect mix Since 1998 Marchisio he flew to present his music around the world, starting in Brazil, Argentina, Israel, Spain and Mexico. In 2002 Acapulco and then Cancun. His labels companies worldwide, including Universal Music, Sony Music, Pacha Multimedia, Ministry Of Sound, ClubStar Records on CD Compilations, Lolas World, Empo Tv, Mas Label Mexico And His Label Cancun Records. Charted in the top 10 downloads in the best online stores like Beatport, DJ Tunes, Juno download and many more.His first track released in 2006 called "I Wanna play" remixed by his great friend Ariel Perazoli got in the top 26 most sell tracks in Beatport.Well know Roger Sanchez presents his track Downtown as Ibiza Finest Summer 2008 soundtrack and supports Gabriel's work with his feedback in the Radio Show Release Yourself.Gabriel Marchisio is named 2008 Hot Artist On the German store Dj Tunes. In 2009 signed with one of the most important labels such as Club Star (Germany) for his remix Arabian Knight A double CD compilation Included important DJs such as, Dj Antonie, Tristan Garner, Antonie Clamaran. In 2010 Marchisio nick and artist name also called "Transfers" has placed in the first place top 10 download in DJ Tunes Germany with the Track "Boogie Gabriel Marchisio & Transfers Mix", also feature track in Beatport and recommended top track as the best Funky House track of the month in Junodowload. 2012 Gabriel Marchisio Is Signed By Ministry Of Sound And Pacha Recordings. Now Marchisio Producing Some Sound Tracks For Movies From Hollywood California Since 2015. For more information, photos & music, search on social networks and Official Websites.