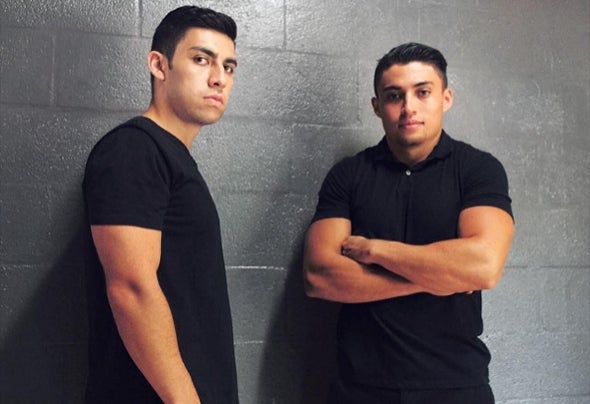 Mountblaq, has awakened. The music they formulate is made for mass crowds and real fanatics of the electronic music scene. Seeing videos of their jungle type tracks being played at festivals and big venues, shows that Mountblaq’s unique-powerful sounds feed the crowd an adrenaline rush to keep moving. A mixture of big room style, jungle, and bass house, with a rapid progressive melody, this unfolds a different experience from every song they produce. With thesupport of international grand DJ’s and record labels, Mountblaq is focused on what needs to be done. Mountblaq is made up of two brothers raised in Naples, Florida, a town where the old go to retire and the young cause chaos. Producer Esteban David M. 24, spends his mornings working and his afternoons producing, making this his daily routine. As for DJ Luis Sebastian M. 22, he spends his free time mixing big room to Deep House, while putting heads together with his producer, creating there future. The duo born in Quito, Ecuador, moved to the States at an early age for a better living. Browsing the internet, they stumbled upon Eric Prydz and The Chemical Brothers. They heard and saw how Dance music has evolved this decade, giving them a good ear and their distinct sound. To this day they have dedicated there passion to music which is there opportunity to embrace the gift they were given. The gift to allow people to lose themselves into a sound not gentle, but absurdly loud that will wake up the dead.