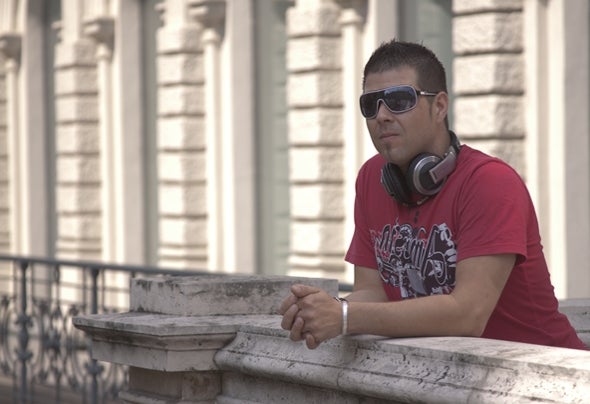 Chris found his love for music as a child, and began to collect records at an early age. By the time he was 16 years old he bought 2 technics 1210 turntables, and a mixer with his first pay check. After practicing and learning his dance DJ skills, he got his first gig at the legendary KRYPTA Cathedral Night Club close to Vienna. One year later, in 1998, with a broken leg, he won the BMG-DJ-Newcomer contest in Austria out of an entry of over 1000 DJ´s. At the age of 20 he paid his first visit to the "White Island" of Ibiza. He was so inspired and influenced by the emotions, the exciting energy and the amazing club culture of "The Balearic Crowd" that he became addicted to the drug called "House Music". Now, the name CHRIS VEGA is synonymous for funky, slamming, high octane house music! His innovative and creative DJ-Sessions can be described as a mixture of funky- Vocal house, pumpin- and electro-house but every performance is unique. He is always very flexible because he knows how to get the crowd freaking out in clubs or festivals like: PACHA VIENNA,DOM IM BERG, LOVEPARADE 2002, DONAUINSELFEST 2002, PACHA AUSTRIA TOUR, CINDERELLA TANZT and many more. In the last 13 years Chris has had the pleasure of playing with International DJ´s such as AXWELL, DAVID GUETTA, TOM NOVY, EDDIE AMADOR, BODYROCKERS, IAN CAREY, PHIL FULDNER, MAJOR BOYS, SARAH MAIN, JOY DE LA ROSA, SUPERFUNK, TUNE BROTHERS, GORDON EDGE, and many more.