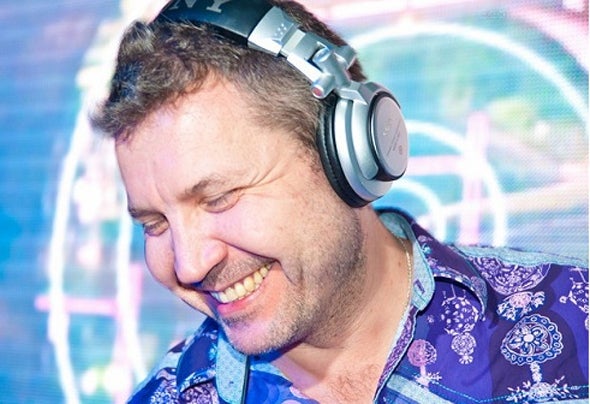 Alexander Rosov (Dj Shmel) played his first set from the reel-recorder in 1983 and this fact gives us the right to consider him one of the founders of the Russia's club movement. In the middle of the 80s the sets of Dj Smel-Sasha R,as he called himself- could be heard at the most famous clubs of that time: Leader, By the Hill, Disco Randevous. Moreover he was a member of the first dj- association "Disco Studio" and is one of the few lucky possessors of the "performance&disco's anchorman of the USSR" course diploma. At the beginning of the 90s ,when the first clubs appeared, Sasha R became the resident of Red Zone, then "At Fox's Place" ("V Gostyah y Lisa") at the Olimpiiskii sport complex, an invited resident at "Jump" and, at last, the resident of the entertaining centre "Metelitza" . By the middle of the 90s Sasha R established a reputation of the main house music popularizer in Russia and acquired his well-known nickname Dj Shmel. Due to the program "Disco Performance", that had a great success at Moscow clubs and then appeared at the First channel of the central TV, and "Garage" & "Dance Club" radioshows at "Europa Plus", the country heard the new beat for the first time. Very soon Dj Shmel started his own radioshow "Dance Factory" at Hit Fm, and then "Smel's Flight" show at NRG, which can be found even today at Megapolis Fm. Dj Shmel is one of the founders of the "Garage Soundsystem" association, and during 10 years he traveled with it all over the country- from Kaliningrad to Vladivostok. His sets turned on fire the dance floor of the main Moscow clubs of the 90s- Titanic, Zeppelin, Circus, Gallery, MDM. In May 2004 he was one of Russia's djs who took part in the Pacha's opening in Sharm el-Sheikh, Egypt. Nowadays Dj Shmel is the "4djs" resident, as well as the resident of the promo group Goro production (Shambala/Leto/Osen/Dяgilev ), "Ibiza" in Odessa, "Bionica" in Perm, "OFF_BAR" in Yalta. He is also a very frequent guest in the clubs Most, Fabrique, Sabotage, Zona in Moscow. He took part practically in all the largest events in Moscow, played at one and the same dance floors together with Paul Van Dyk, Westbam, Roger Sanchez, David Guetta, David Morales.