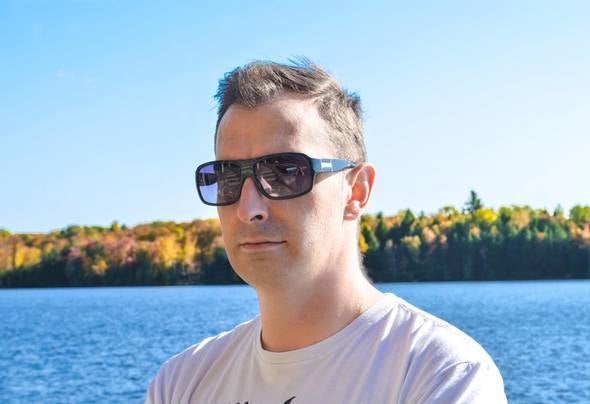 When it comes to electronic music, Jay Kaufman has lived it for most of his life. Buying records before he paid rent and staying up two days straight to finish that essential tune for a gig haven’t been uncommon occurrences over the years. Jay’s bio spans twenty-ve-plus years of DJing in dark rooms with bright lights. Twenty or so of those years have been spent developing a hardened and very pale studio tan. So it goes. By all accounts Jay was a strange kid. By the age of 13, Jay had amassed a record collection envious of the most avid adult collector. In 1987, he heard house music for the first time on the radio and it all changed. Early acid house classics like A Guy Called Gerald’s ‘Voodoo Ray’ and LNR’s ‘Work It To The Bone’ laid down an addiction that has never been relinquished. A pair of belt-driven turntables soon followed with proper Technics decks shortly thereafter. Soon enough Jay was DJing in clubs he wasn't technically even old enough to enter. Jay’s tracks have been released in the form of vinyl, CD, mp3 and other multimedia streams. Placement has come in the form of movies like ‘Rolling’ (2008), licenses to DJ mix compilations like UK-charting ‘Slinky Trans:Atlantik’ (2004), and even oddities like a Japanese modelling DVD. His productions have had airings from many of the better-known DJ glitterati. Signings and remixes for labels like Sonambulist Recordings (UK), ICONYC Noir (NYC), Emotional Content Recordings (New Zealand), Bellarine Recordings (Australia), L2 Music (Germany), Park Limited Muzik (Japan), Unrivaled Music (UK), Endemic Digital (UK), Stripped Digital (UK), Fullbodysoundsystem (Canada), ICONYC Noir (USA), Dissident Recordings (USA), Emotional Content Recordings (New Zealand) and even his own Tortoise Shell Recordings (Canada) have helped maintain global recognition for Jay’s music production skills.