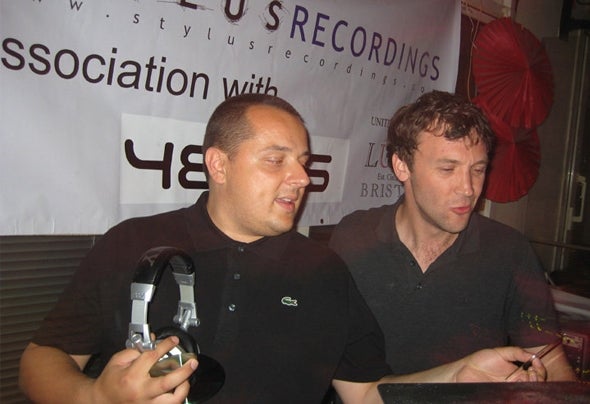 Inspired by the true stalwarts of house music, such as Mr Fingers, Frankie Knuckles, Stacey Pullen, Todd Terry, DJ Sneak, Kings of Tomorrow, Masters At Work, Murk, Farley & Heller to name a few, the City Soul Project are behind a unique house sound coming direct out of London, England and are already working alongside some of the greatest DJ's, Labels and Producers within the industry including i! Records, Soulman Music, Blockhead and more. With a wealth of experience behind the decks and within the industry itself, long term friends Scott Harrington, formerly of Endemic Digital and Ryan Briggs locked horns at the turn of 2010 to form the City Soul Project - with the sole aim of both producing and performing unsurpassed, quality underground house music. On the production front, the guys have been busy in the studio and have delivered three fantastic EPs for i! Records, Sure Player and Soulman Music and have also delivered some great singles for Sabb's NuLogic imprint and long running US label Blockhead Recordings too, with the latter including a remix from man of the moment, Soul Minority! After their appearances DJ'ing in Ibiza, at venues including Hush and Kanya, the guys have turned some heads within the scene and have been commissioned to remix for the likes of Pablo Fierro, JP Chronic & Bear Who for Open Bar Music, Mitch Davis for Groove On, Zoo Project's Lee Pennington for Forbidden Fruit and two club stormers for 3345 Music and Hype Muzik! Pushing forward in to 2011, the guys are looking forward to sharing their sound with dates in and around London and more gigs in Ibiza, tba soon.