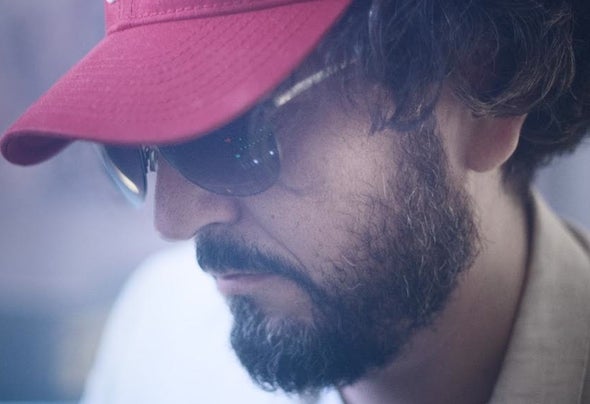 SOFIAN ROUGE?Originally from the south western part of France, Frédéric Faupin is a writer, composer, musician and DJ from the French Riviera city of Nice. Between 1996 and 2003, Fred toured across France and Europe with the French rock band BEAUTES VULGAIRES, performing over 500 live shows. Influenced primarily by 70's soul, jazz, gospel, funk and a deep abiding passion for world music, Frédéric Faupin composed his first solo album “Electro Twist” under the alias “Mr. Fuzz” in 2002. In 2003, Frédéric traveled to Cannes to attend the MIDEM music convention where he met the owners of the SFP label, one of the most prestigious dance, electronic and house labels in the world.Since that initial meeting, Mr. Faupin has been one of SFP’s most prolific artists, recording under the aliases Mr. Fuzz, Jack In Da Box and Sofian Rouge. His tracks have appeared on many major dance, electronic and house compilations including Ben Watt's Buzzin Fly Vol. 2, Frequent Flyer and many more.With production partner DJ Rico, aka Deep Y’all, Frédéric has also created several tracks under the name GRANTORINO, the French hip-house heroes. The vibe for that project was Soul/Jazz/Funk with a house twist, and the lead single “Shake the Black Star” was featured on the popular House compilation “The Dubai Sessions.” Dozens of record labels have featured tracks by Frédéric Faupin including SFP, Filtered, Deep Touch, Soulgroove, Slip’n’Slide, Raisani, Grab and Gotta Keep Faith, just to name a few, making Mr. Faupin one of the most sought after producers on the hip-house scene.Fred is also a popular DJ with residencies at "Sea lounge" (Monaco) and "Le point Rouge" (Monaco). On a recent release “Mediterranean Excursion” the first under the alias Sofian Rouge, Faupin combined Middle Eastern, Spanish and Indian traditional music with electronic technology to create a breath-taking soundscape; his classical music training is evident throughout with Frédéric composing sophisticated string and choir arrangements for the album. An incredibly versatile artist, it’s no wonder that Faupin records under different aliases, it’s hard to keep track of such a mercurial producer.The new, soon to be released Sofian Rouge album entitled “Between Time and Earth” might be Faupin’s most ambitious project yet, a complex concept album with a story thatreveals a futuristic post apocalyptic vision of an earth that’s uninhabitable due to a succession of numerous nuclear conflicts. On a spaceship which carries thousands of scientists, scholars and their families – the last survivors escaping the radioactive planet, we find Captain Sofian Rouge piloting the spacecraft E.K.O.V.A. which links the earth to three moons where the survivors hope to find a new home. The accompanying soundtrack takes the listener on a trip through time and space, with lush soundscapes worthy of such a journey.