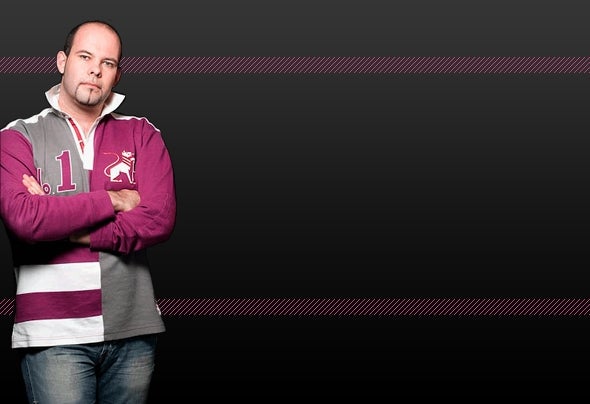 Mad Mark is one of these rare talents who, was just „born to make music“.The Swiss/Italian DJ/Producer has been fascinated by electronic music since his earliest youth. After he finished his study to become an audio technician, at the age of 18(!), he got an invitation to work with former DJ BoBo producer Gutze Gautschi; the perfect start for his career as a music producer.In 1996 Mad Mark met DJ Antoine. It was the beginning of one of the most successful collaborations in house- music history. Their first single release “(You’re My) Disco Sensation” became one of the most played tracks in the European clubs and is still an all time evergreen! Many club anthems like “Disco Inferno” (with Cyndi Lauper), “Eskalation” and “When The Rain Has Gone” followed in the next few years.DJ Antoine and Mad Mark founded the very popular labels Houseworks Records, Egoiste Records and Session Recordings.Mad Mark also released solo singles like “Ain’t No Big Thing” and the famous “Shokk EP”. One of the highlights was a splendid cooperation with house legend Ron Carroll, which gave birth to the single “Fly With Me”, a huge club hit worldwide!As a remix team Mad Mark and DJ Antoine produced remixes for big names like Mary J. Blidge, P. Diddy, Pitbull, Robin S., Guru Josh, Example and Ivana TrumpMad Mark is also a magnificent Club DJ. His DJ Sets are famous for their individual style. An ingenious and varied mixture of different styles in vocal house music, and a unique, highly advanced style of mixing the music. This extraordinary “journey” through sounds is always a guarantee for an enthusiastic crowd!He appears regularly in the best clubs in Switzerland, like OXA & Kaufleuten (Zurich), Mad Club (Lausanne), and is also a regular guest in the most popular clubs in cities like Rome, Hamburg, Warsaw, Kiev, Moscow, St. Petersburg, Salzburg, Budapest, Vienna and Cairo.The biggest success so far is the single release of “Welcome To St Tropez”. Again a co-operation with DJ Antoine. “Welcome To St. Tropez” became one of the biggest summer hits in Europe in 2011 and received gold awards in Italy, Belgium and Austria, a platinum award in Germany, and even a double platinum award in Switzerland!Mad Mark's current solo single called “Anywhere You Go” is conquering the clubs all over the globe at the moment. The single is already released by Kontor and Houseworks Records and is licensed by famous labels like Chic Flowerz (France), Jolly Roger (Italy) and Made2Dance (The Netherlands). A Nicola Fasano & Steve Forest Remix of this extraordinary tune will be released in the next few months.Currently Mad Mark is working on his DJ Mix for the CD “Houseworks Gold Edition”, which will be released very soon.With his great talent and ambition, Mad Mark will surely surprise us with lots of excellent releases and unique DJ sets in the future!March 2012