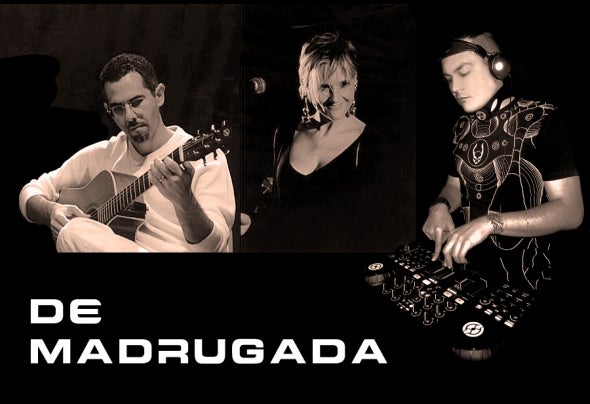 “De Madrugada” borns as a result of the meeting between the singer Simon Papa and the brazilian guitarist Roberto Taufic with the dj-musician-producer Fed Conti aka Mahjong. This project deep the playstyles of the two musicians focused on several records and live productions in the field of Brazilian music and the musical world “360° oriented” of Fed. The result of such encounter is a “Brazilectro” group with shades of “Jazzy Touch”, “Nu Jazz, Broken Beat” and “Chill Out”, rigorously sung in Brazilian language, where the warm and immediately recognizable voice of the singer Simon Papa, always wrapped the most original guitar touch of Taufic, considered one of the greater exponents of the Latin Jazz in Europe, is dipped in the modern and catchy sound of Fed Conti that succeeds to carry all in a Brazilian dimension crossover where the roots meet the sounds of the underground electronic and club music scene.